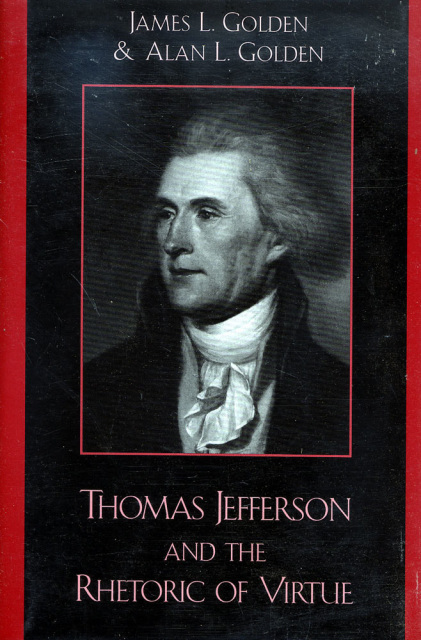 In this volume, James L. Golden and Alan L. Golden undertake the first careful study of Jefferson's rhetorical philosophy and practice. They find that not only did Jefferson take a great interest in classical and modern students of rhetoric, but he developed his own program for its study. They also discover that Jefferson viewed the study of discourse as a vehicle for upholding virtue. Jefferson's commitment to virtue, the authors argue, helps explain his interest in rhetoric, just as a study of his rhetorical philosophy leads to a deeper understanding of his commitment to virtue.

The author discuss Jefferson's influences and education in rhetoric, how he came to be interested in the field, and the development of his philosophy on discourse. Supplemented by extensive primary source material, Thomas Jefferson and the Rhetoric of Virtue gives readers a firsthand account of Jefferson's understanding of virtue as viewed through his studies in rhetoric.