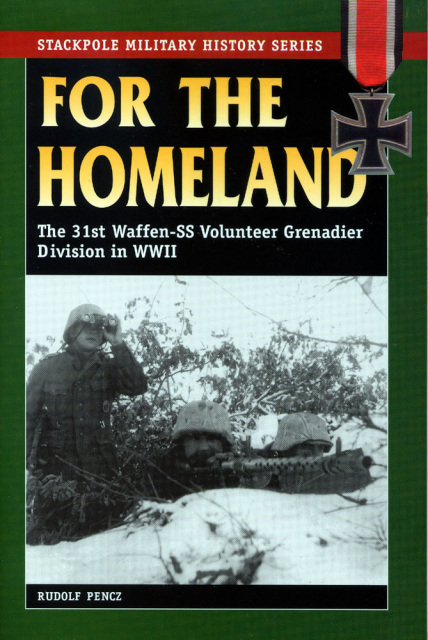 FOR THE HOMELAND: THE 31ST WAFFEN-SS VOLUNTEER GRENADIER DIVISION IN WWII by Rudolf Pencz

For the Homeland: The 31st Waffen-SS Volunteer Grenadier Division in WWII by Rudolf Pencz

Formed in the fall of 1944, the 31st Waffen-SS Volunteer Grenadier Division was composed mainly of ethnic Germans living in Hungary. After a brief period of training, the division endured its baptism of fire against the Red Army in the Hungarian sector of the Eastern Front in late 1944. The 31st then participated in the battles southeast of Berlin, where the division fought until its battered remnants surrendered to the Soviets in May 1945. Rudolf Pencz's carefully researched account records the complete history of this rarely covered Waffen-SS formation.