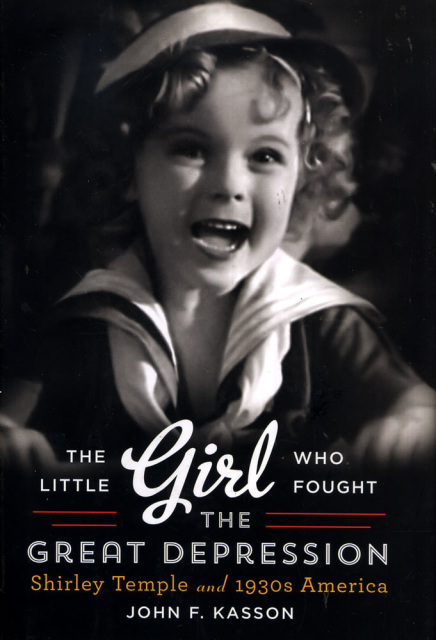 Her image appeared in periodicals and advertisements roughly twenty times daily; she rivaled FDR and Edward VIII as the most photographed person in the world. Her portrait brightened the homes of countless admirers: from a black laborer's cabin in South Carolina and young Andy Warhol's house in Pittsburgh to FBI Director J. Edgar Hoover's recreation room in Washington, D.C., and gangster "Bumpy" Johnson's Harlem apartment. A few years later her smile cheered the secret bedchamber of Anne Frank in Amsterdam as young Anne hid from the Nazis.

For four consecutive years Shirley Temple was the world's box-office champion, a record never equaled. By early 1935 her mail was reported as four thousand letters a week, and hers was the second-most popular girl's name in the country.

What distinguished Shirley Temple from every other Hollywood star of the period -- and everyone since -- was how brilliantly she shone. Amid the deprivation and despair of the Great Depression, Shirley Temple radiated optimism and plucky good cheer that lifted the spirits of millions and shaped their collective character for generations to come. Distinguished cultural historian John F. Kasson shows how the most famous, adored, imitated, and commodified child in the world astonished moviegoers, created a new international culture of celebrity, and revolutionized the role of children as consumers.

Tap-dancing across racial boundaries with Bill "Bojangles" Robinson, foiling villains, and mending the hearts and troubles of the deserving, Shirley Temple personified the hopes and dreams of Americans. To do so, she worked virtually every day of her childhood, transforming her own family as well as the lives of her fans.