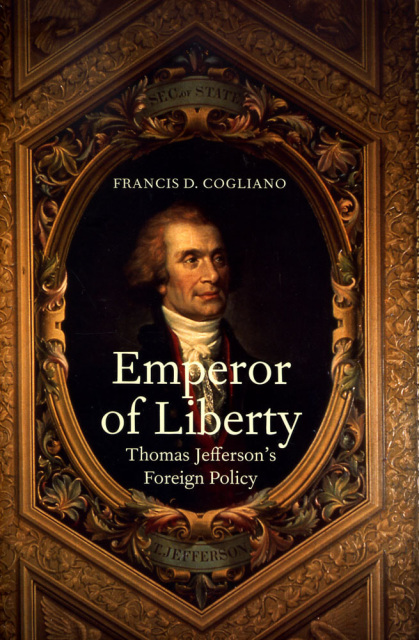 This book, the first in decades to closely examine Thomas Jefferson's foreign policy, offers a compelling reinterpretation of his attitudes and accomplishments as a statesman during America's early nationhood. Beginning with Jefferson's disastrous stint as wartime governor of Virginia during the American Revolution, and proceeding to his later experiences as a diplomat in France, Secretary of State, and U.S. Vice President, historian Francis Cogliano considers how these varied assignments shaped Jefferson's thinking about international relations. The author then addresses Jefferson's two terms as President -- his goals, the means he employed to achieve them, and his final record as a statesman.

Cogliano documents the evolution of Jefferson's attitudes toward the use of force and the disposition of state power. He argues that Jeffrson, although idealistic in the ends he sought to achieve, was pragmatic in the means he employed. Contrary to received wisdom, Jefferson was comfortable using deadly force when he deemed it necessary and was consistent in his foreign policy ends -- prioritizing defense of the American republic above all else. His failures as a statesman were, more often than not, the result of circumstances beyond his contol, notably the weakness of the fledgling American republic in a world of warring empires.