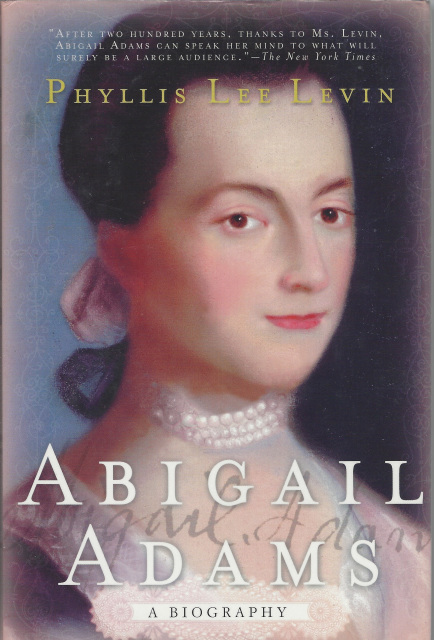 Wife of one president and mother of another, Abigail Adams was an extraordinary woman living in extraordinary times. Phyllis Lee Levin's definitive biography is a probing study of one of the most talented and compelling women of our nation's history. A tireless letter writer and diarist, Abigail Adams was at the center of one of America's and Europe's most tumultuous eras. Her penetrating and often caustic impressions of most of the major persons of her day -- including Benjamin Franklin, George and Martha Washington, Thomas Jefferson, Alexander Hamilton, and King George III, among others -- provide one of the best firsthand accounts of the American Revolution. Abigail Adams's exceptional literary talent and perceptive intelligence shine throughout the book capturing not only the great sweep of history, but also the founding of an American dynasty.

In this brilliant and revealing study, we come to know the personality and character of the subject as intimately as an old friend. The perfect companion to John Adams by David McCullough, Abigail Adams, researched and written over a fourteen-year- period, is a fascinating portrait of a brilliant woman that provides unique insight into the founding of the American Republic.