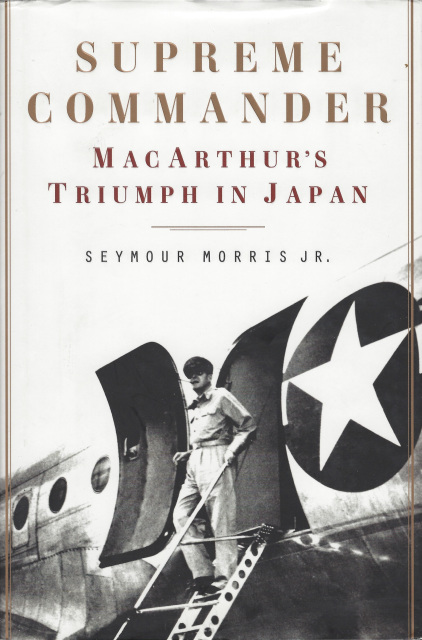 As Supreme Commander for the Allied Powers in postwar Japan, General Douglas MacArthur was charged with transforming the defeated militarist empire into a beacon of peace and democracy, a task he called "the greatest gamble ever attempted." A career military man, MacArthur had no experience in politics, diplomacy, or economics. Vain, reclusive, and self-centered, he had many enemies in Washington who considered him a flaming peacock. Few thought he could succeed, not even President Harry Truman's closest advisors. But MacArthur did succeed -- brilliantly -- defying timetables and expectations. He announced eleven objectives and achieved them all, establishing a bond between two countries that survives to this day.

Supreme Commander combines political history and military biography, to tell for the first time how MacArthur achieved a nation-building feat never before attempted, nor replicated since. Seymour Morris, Jr. reveals this flawed man at his best -- as one who treated a defeated enemy with respect; made informed, thoughtful decisions; yet could also be brash and stubborn when necessary, leading the occupation with intelligence, class, and compassion.

Reviewing MacArthur's key tactical choices and accomplishments, Morris presents a detailed, intimate portrait of a great American -- a patriot and a man of strong conviction -- who proved to be an outstanding and effective leader under extraordinary circumstances.