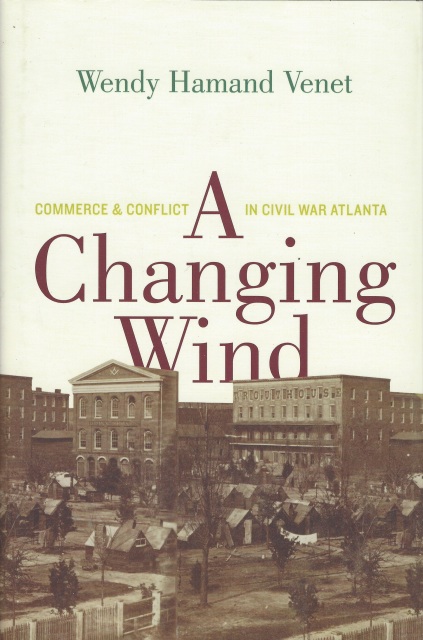 In 1845, Atlanta was the last stop at the end of a railroad line, the home of just twelve families and three general stores. By the 1860s, it was a thriving Confederate city, second only to Richmond in importance. A Changing Wind is the first history to explore the experiences of Atlanta's civilians during the young city's rapid growth, the devastation of the Civil War, and the Reconstruction era, when Atlanta emerged as a "New South" city.

A Changing Wind vividly brings to life the stories of Atlanta's diverse citizens -- white and black, free and enslaved, well-to-do and everyday people. A rich and compelling account of residents' changing loyalties to the Union and the Confederacy, the book highlights the unequal economic and social impacts of the war. General Sherman's siege, and the stunning rebirth of the city in the postwar years. The final chapter of the book focuses on Atlanta's historical memory of the Civil War and how racial divisions have led to separate commemorations of the war's meaning.