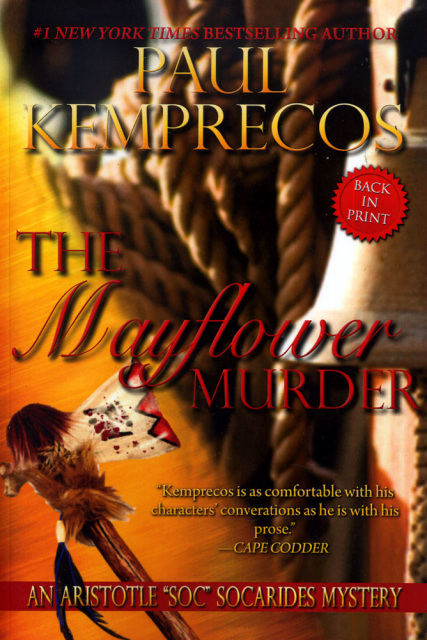 Three centuries after the Pilgrims set foot on Plymouth Rock, some Indians are still on the warpath. So when a workman is tomahawked to death at the replica of a three-hundred-year-old Pilgrim village, suspicion falls on Joe Quint, the Native American activist whose threats to hammer Plymouth Rock into gravel have cast him in the spotlight.

The murder case seems open-and-shut until Cape Cod fisherman-diver-detective Aristotle "Soc" Socarides is asked to investigate by John Flagg, his Vietnam comrade turned CIA spook. With millions in Indian casino gambling profits at stake, "Soc" soon finds himself betting his life in a high-risk game that could end with a single roll of the dice.

"Soc" must run the gauntlet between a federal agent with blood in his eye and the militant Indian Warrior Society, dive into the deadly waters of a mysterious underwater cavern, expose a trade in illegal Native American artifacts, and rescue a kidnapped hostage.