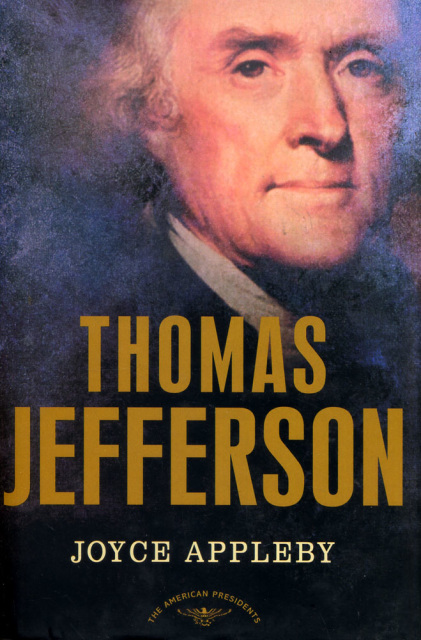 Few presidents embody the American spirit as fully as Thomas Jefferson. He was possessed of an unrivaled political imagination, and his vision accounts for the almost utopian zeal of his two administrations. Jefferson, alone among his American peers, anticipated the age of democracy and bent every effort toward hastening its peaceful, consensual arrival. He realized that the true spirit of democracy required not only a political revolution but also a social one. Jefferson, of upper-class birth and upbringing, spent much of his presidency laying out a path through the aristocratic prejudices and pretensions that stood in the way of democracy.

The contradictions in his populism are striking and make Jefferson the most controversial of presidents: he spoke of inalienable human rights, but he taught his daughters that women were created for men's pleasure, and he believed that whites and blacks could never coexist peacefully in freedom. Even though his egalitarianism was limited to white men, it represented a sharp break with the outlook and policies of his predecessors. The ideological differences between Jefferson and Federalist presidents George Washington and John Adams led to the establishment of the two-party system that still dominates American politics today.

Jefferson described his election to the presidency as a second American Revolution. For the first time, historian Joyce Appleby, an expert on early America, rigorously explores this claim. She argues that our third president did, in fact, radically transform the political landscape of the United States by limiting the power of the government and eradicating the elitist practices inherited from the colonial era. His struggle to transfer influence from the upper class to the common citizen while limiting the power of the American government created a powerful new vision of liberty and democracy. Politicians, historians, and citizens alike continue to cherish and grapple with the legacy of this quintessentially American reformer two centuries after his rise to the White House.