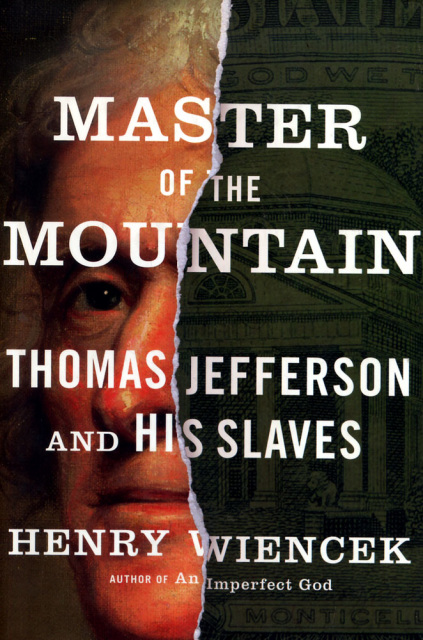 Master of the Mountain: Thomas Jefferson and his Slaves by Henry Wiencek

Master of the Mountain: Thomas Jefferson and His Slaves by Henry Wiencek

Is there anything new to say about Thomas Jefferson and slavery? The answer is a resounding yes. Master of the Mountain, Henry Wiencek's eloquent, persuasive book -- based on new information coming from archaeological work at Monticello and on hitherto overlooked or disregarded evidence in Jefferson's papers -- opens up a huge, poorly understood dimension of Jefferson's world. We must, Wiencek suggests, follow the money.

So far, historians have offered only easy irony or paradox to explain this extraordinary Founding Father who was an emancipationist in his youth and then recoiled from his own inspiring rhetoric and equivocated about slavery; who enjoyed his renown as a revolutionary leader yet kept some of his own children as slaves. But Wiencek's Jefferson is a man of business and public affairs who makes a success of his debt-ridden plantation thanks to what he calls the "silent profits" gained from his slaves -- and thanks to a skewed moral universe that he and thousands of others readily inhabited. We see Jefferson taking out a slave-equity line of credit with a Dutch bank to finance the building of Monticello and deftly creating smoke screens when visitors are dismayed by his apparent endorsement of a system they thought he'd vowed to overturn. It is not a pretty story. Slave boys are whipped to make them work in the factory at Monticello that pays Jefferson's grocery bills. Parents are divided from children -- in his ledgers, they are recast as money -- while he composes theories that obscure the dynamic of what some of his friends call "a vile commerce."

Many people of Jefferson's time saw a catastrophe coming and tried to stop it, but not Jefferson. The pursuit of happiness had been badly distorted, and an oligarchy was getting very rich. Is this the quintessential American story?