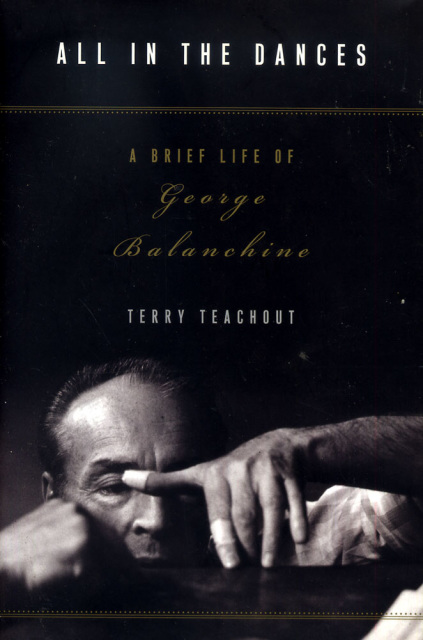 ALL IN THE DANCES: A BRIEF LIFE OF GEORGE BALANCHINE by Terry Teachout

All in the Dances: A Brief Life of George Balanchine by Terry Teachout

Martha Graham said that watching George Balanchine choreograph a ballet was like "watching light pass through a prism. The music passes through him, and in the same natural, yet marvelous way that a prism refracts light, he refracts music into dance."

Twenty years after his death, the ruthless, enigmatic founder of New York City Ballet still dominates the world of dance. He worked with Serge Diaghilev -- and Sam Goldwyn. He made ballets to the music of Tchaikovsky and Stravinsky -- and to "The Stars and Stripes Forever." A Russian emigre who fell hopelessly in love with American culture, his four marriages and countless affairs (all of them with beautiful young ballerinas) became tabloid fodder. Though he turned ballet into a truly modern art, his plotless, seemingly abstract dances were as romantic as the genius who made them. "Put a man and a girl on the stage and there is already a story," Balanchine said. "A man and two girls, there's already a plot."

In clear, elegant prose, Terry Teachout tells the dramatic story of the greatest choreographer of the twentieth century -- and explains why his ballet will be even more significant in the century to come.