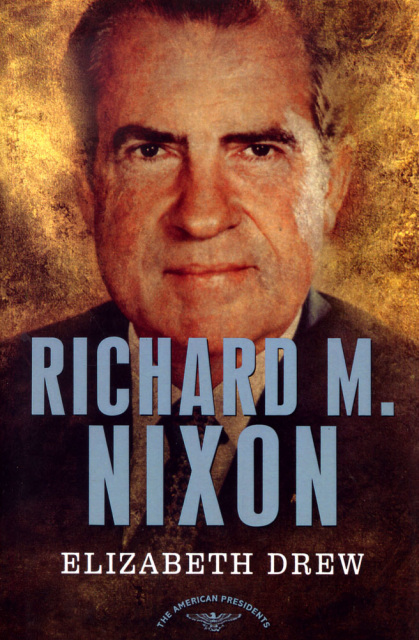 In this provocative and revelatory assessment of America's most complicated president, the only one ever forced to resign, the legendary Washington journalist Elizabeth Drew raises the question of whether Richard M. Nixon was fit to hold the highest office in the land. Drew shows that the events that caused Nixon's downfall commenced as soon as he became president and that the traits that led to it -- the anger, the paranoia, the determination to wreak revenge on those who opposed him -- were within him from his early life onward. Her carefully researched book offers a new and startling perspective on the life, politics, and policies of our thirty-seventh president.

Nixon was a contradictory figure who defies simple analysis -- a shy and remote man who nonetheless won the nation's highest office and engineered extraordinary accomplishments in foreign policy, reshaping superpower relations through the opening to China and detente with the Soviet Union, even as he allowed the war in Vietnam to play out years longer than it needed to. He was essentially uninterested in domestic issues and yet he signed into law numerous statues expanding the role of the federal government.

Drew's acute insight makes clear what were and were not Nixon's true achievements, and she reveals the cynicism behind many of his actions. She also shows how this man, capable of of cool, long-sighted, and enlightened decision making, could also act so irrationally and self-destructively. The Watergate scandal and the constitutional crisis Nixon provoked were at once an extraordinary overreach of executive power and the inevitable result of the president's all-consuming suspicions and his passion for vengeance.

Even Nixon's post-presidential rehabilitation, in which he sought to recast himself as an elder statesman, was driven by his own consuming desire for respectability, and he largely succeeded, mostly through remarkable resilience and not a little connivance. Through this book we finally understand this smart, talented, peculiar, resentful, haunted politician.