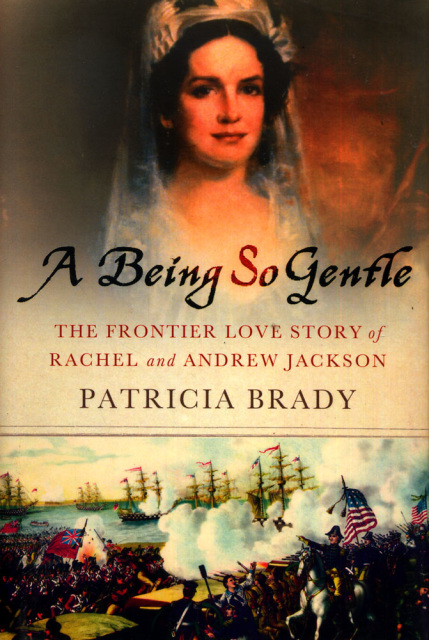 A Being So Gentle: The Frontier Love Story of Rachel and Andrew Jackson by Patricia Brady

A Being So Gentle: The Frontier Love Story of Rachel and Andrew Jackson by Patricia Brady

The love story of Rachel and Andrew Jackson is one of the greatest in American history. The young lawyer met the daughter of one of Nashville's founders in 1788, while Rachel was still married to a jealous, abusive husband. At the time, the American frontier was a wild and adventurous place, where pioneers risked their lives on the edge of the law. So it was that with the blessing of her family, the young couple followed the common practice of self-divorce and eloped. An exciting new era was dawning, and the Jacksons were making history at the forefront of that revolution.

When Andrew Jackson's victory at the Battle of New Orleans catapulted him into national politics, his opponents began attacking his personal life, calling into question Rachel's virtue and the respectability of their marriage. Unusual for a woman of her times, she had the courage to stand firm against her detractors, while Andrew fought for her honor as best he could. But like many great love stories, this one ended tragically when Rachel died only a few weeks after Andrew was elected president. Lines from her epitaph -- "A being so gentle and so virtuous slander might wound, but could not dishonor" -- reflect Andrew's enduring love for his wife and his bitterness toward his political enemies. The president moved into the White House alone and never remarried.

Andrew and Rachel Jackson's devotion to each other is inspiring, and here, for the first time, their story of love and loss is told in full, played out against the dramatic backdrop of a major turning point in American history.