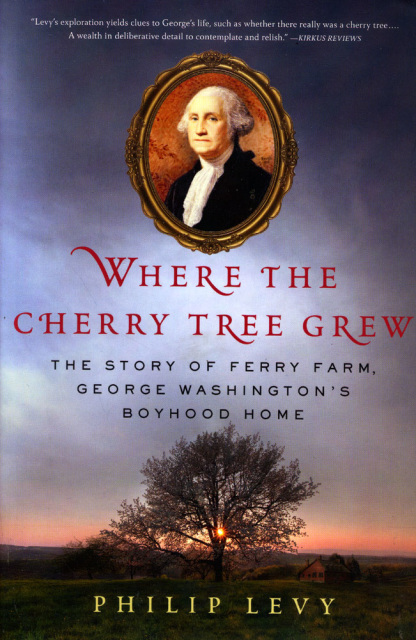 In May 2002, Professor Philip Levy arrived on the banks of the Rappahannock River in eastern Virginia to begin a decade-long archaeological excavation of Ferry Farm, the eight-hundred-acre piece of land that George Washington called home from age six until his early adulthood. It was six years later when Levy and his team announced their remarkable findings to the world.

While the team found intimate Washington family objects such as wig curlers and a pipe with Masonic markings, they also found artifacts that suggested what life on the farm might have been like, including a carefully placed set of oyster shells in a cellar corner, which suggested that someone in the household was practicing folk magic. The most important part of the find, however, was the positive identification of Washington's home itself, a modest structure in line with lower-gentry taste that was neither as grand as some had believed nor as rustic as the farm homes of nineteenth-century art.

Over the course of the excavation -- which is ongoing -- Levy began to look more closely at the surprising ways Ferry Farm has intersected with American history over its three-hundred-year life. The result is Where the Cherry Tree Grew. Drawing on his own research, as well as any and all available relevant literature, Levy learned about the landscape's early pre-Washington days as a farmstead, its importance as the site of Washington's education on life's fragility (death came to Ferry Farm repeatedly during George's time there), its role as a Civil War battleground, the heated later battles that have been fought over its preservation (particularly as Washington's 1932 bicentennial approached), and finally, an unsuccessful attempt by Walmart to transform the last vestiges of the Washington farm into a vast shopping plaza.

What began as a search for Washington's childhood years yielded a deeply engaging, never-before-told story of an important American landscape. With Where the Cherry Tree Grew, Levy traces this fascinating story in a vividly told biography of an American landmark that has witnessed more than three centuries of American history and mythology.