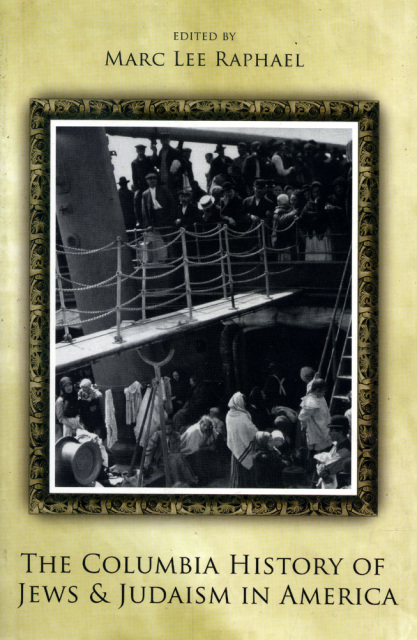 This is the first anthology in more than half a century to offer fresh insight into the history of Jews and Judaism in America. Beginning with six chronological survey essays, the collection builds with twelve topical essays focusing on a variety of important themes in the American Jewish and Judaic experience.

The volume opens with early Jewish settlers (1654 - 1820), the expansion of Jewish life in America (1820 - 1901), the great wave of eastern European Jewish immigrants (1880 - 1924), the character of American Judaism between the two world wars, American Jewish life from the end of World War II to the Six-Day War, and the growth of Jews' influence and affluence. The second half of the book includes essays on the community of Orthodox Jews, the history of Jewish education in America, the rise of Jewish social clubs at the turn of the century, the history of southern and western Jewry, Jewish responses to Nazism and the Holocaust, feminism's confrontation with Judaism and the eternal question of what defines American Jewish culture.

The contributions of distinguished scholars seamlessly integrate recent scholarship. Endnotes provide the reader with access to the authors' research and sources. Comprehensive, original, and elegantly crafted, The Columbia History of Jews and Judaism in America not only introduces the student to this thrilling history but also provides new perspectives for the scholar.