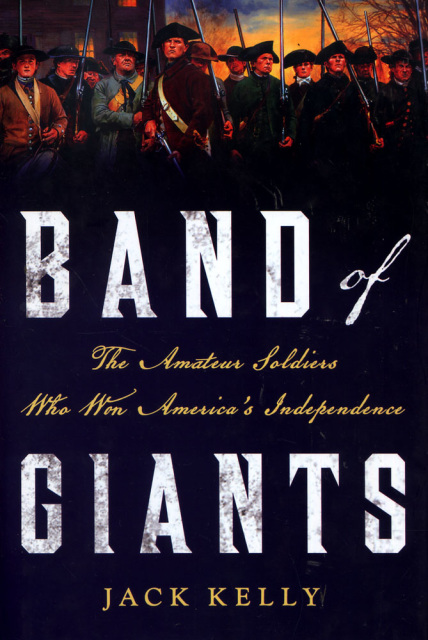 BAND OF GIANTS: THE AMATEUR SOLDIERS WHO WON AMERICA'S INDEPENDENCE by Jack Kelly

Band of Giants: The Amateur Soldiers Who Won America's Independence by Jack Kelly

The fighting men who turned the ideas of the Founders into reality were a diverse and surprising group of American. In this concise, riveting narrative of the Revolutionary War, Jack Kelly paints a moving portrait of its principal soldiers: merchants and mechanics, farmers and fishermen, paragons and drunkards. Most were ardent amateurs. Even George Washington, who was assigned to take over the brand-new Continental Army in 1775, consulted books on military tactics. Henry Knox, the burly Boston bookseller who took over the American artillery at the age of 25, had never been in combat. Nathanael Greene -- brilliant, but insecure -- was a pacifist Quaker who became the youngest of the American generals. Hulking Virginia backwoodsman Daniel Morgan relied on his deeply democratic instincts and his skill as a bare-knuckle fighter.

Focusing on a series of pivotal battles, Band of Giants vividly captures the fraught conditions of the war -- the divided populace, the lack of supplies, the setbacks on the battlefield, and the appalling physical hardships. In one of the most remarkable feats in world history, a group of inexperienced warriors confronted and defeated the superpower of the day, an accomplishment that turned them into a band of historical giants.