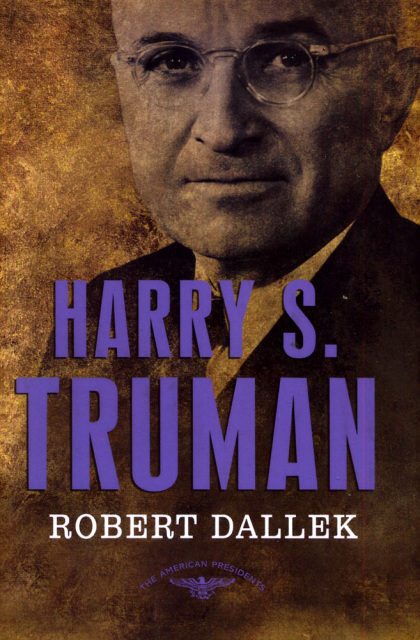 On April 12, 1945, Vice President Harry S. Truman received an urgent summons to the White House. Eleanor Roosevelt was waiting for him. "Harry," she said, "the president id dead." After twelve years of the charismatic leadership of Franklin Delano Roosevelt, and with World War II still raging in Europe and in the Pacific, the presidency now fell to a former haberdasher and clubhouse politician from Independence, Missouri. Many believed he would be overmatched by the job, but Harry Truman would surprise them all.

Few chief executives have had so lasting an impact as our thirty-third president. It was Truman who ushered America into the nuclear age, established the alliances and principles that would define the Cold War and the national security state, started the nation on the road to civil rights, and won the most dramatic election of the twentieth century -- his 1948 "whistlestop campaign" against Thomas E. Dewey.

Robert Dallek, the bestselling biographer of John F. Kennedy and Lyndon B. Johnson, shows how this unassuming, yet supremely confident man, rose to the occasion in the years following World War II. It was not an easy task: Truman clashed with Southerners over civil rights, with organized labor over the right to strike, and with General Douglas MacArthur over the conduct of the Korean War. He personified Thomas Jefferson's observation that the presidency is a "splendid misery," but it was through his achievements that the United States truly came of age.