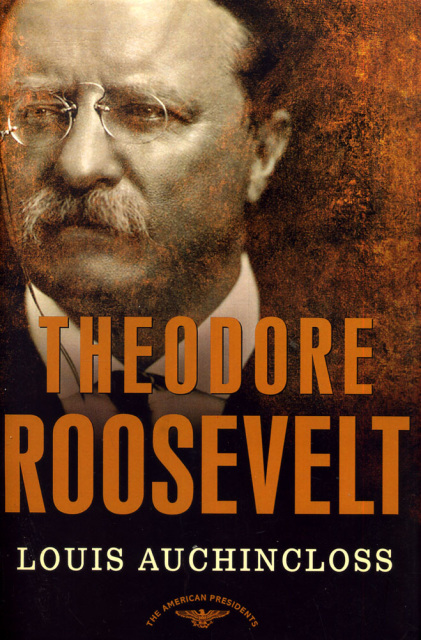 The American Century opened with the election of that quintessentially American adventurer, Theodore Roosevelt. Louis Auchincloss traces Roosevelt's celebrated military career, his early involvement in the politics of New York City and then New York State, and finally his ascent to the national political stage. Caricatured through history as the "bull moose," Roosevelt was a man of extraordinary discipline, whose refined and literate tastes helped spawn his fascination with the rough and ready worlds of war and wilderness.

Bringing all his novelist's skill to the task, Auchincloss recounts the significant contributions of TR's career and administration: his pioneering conservationism and trust-busting at home as well as his escapades and misadventures around the world. Roosevelt was, in fact, the first American president to travel beyond our nation's borders, presaging our identity as a world power throughout the century. This life of Theodore Roosevelt is as thorough as it is readable, as clear-eyed as it is touching and personal.