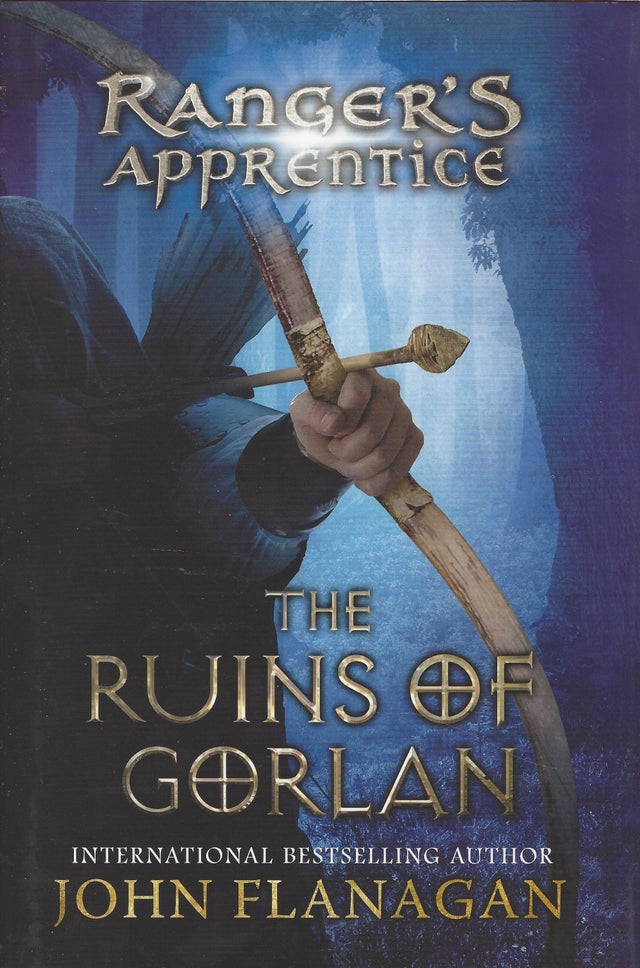 The Ruins of Gorlan (Ranger's Apprentice, Book #1) by John Flanagan

The Ruins of Gorlan (Ranger's Apprentice, Book #1) by John Flanagan

They have always scared him in the past -- the Rangers with their dark cloaks and mysterious ways. Folks in the village claim that Rangers have the power to become invisible at will. A skill Will would now dearly love to have.

Will's heart had been set on Battle School, on becoming a hero to the kingdom. But Will is small for his fifteen years, too small to be a warrior. He possesses other skills, though -- a Ranger's skills. He can move silent as a shadow. He can climb. And he is brave.

He will need all these skills and more. For Morgarath, Lord of the Mountains of Rain and Night, is gathering his forces. A battle for the kingdom is destined to begin. A battle the likes of which Will cannot even imagine.

This is the book that started the worldwide phenomenon that is Ranger's Apprentice, with millions of copies sold. It is the beginning of an epic journey full of action, adventure, and fantasy -- and home to a new kind of hero protecting the kingdom.