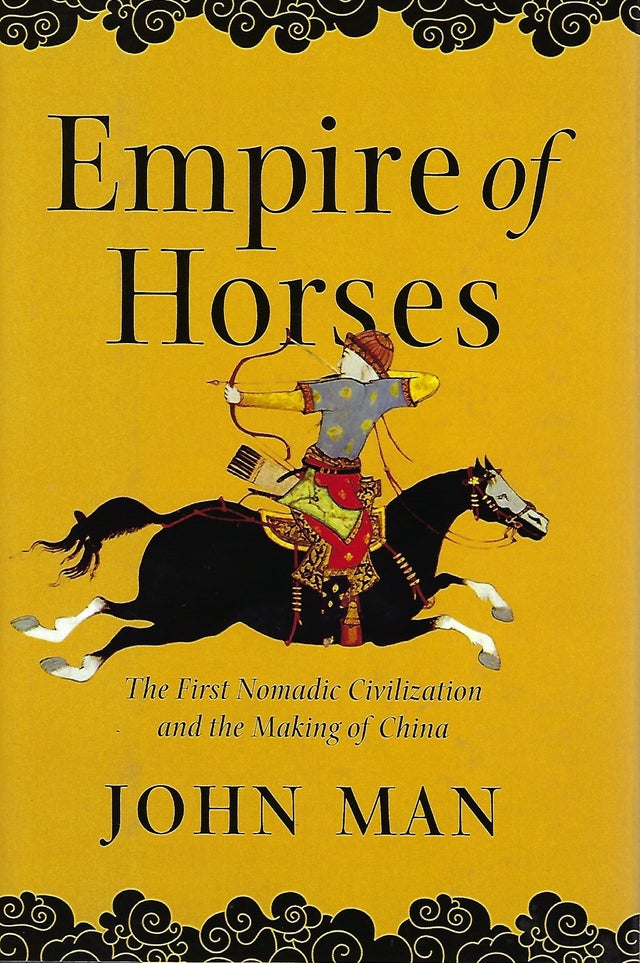 Empire of Horses: The First Nomadic Civilization and the Making of China by John Man

Empire of Horses: The First Nomadic Civilization and the Making of China by John Man

The author of landmark histories such as Genghis Khan, Attila, and Xanadu invites us to discover a fertile period in Asian history that prefigured much of the world that followed.

The people of the first nomadic empire left no written records, but from 200 B.C.E. they dominated the heart of Asia for four centuries and changed the world in the process. The descendants of Genghis Khan, the Mongols, consider these people their ancestors. Their rise cemented Chinese identity and inspired the first Great Wall. Their descendants then helped destroy the Roman Empire under the leadership of Attila the Hun.

We don't know what language they spoke, but they became known as Xiongnu, or Hunnu, a term passed down throughout the centuries and surviving today as "Hun." John Man uncovers new evidence that will transform our understanding of the profound mark they left on half the globe, from Europe to Central Asia and deep into China.

Based on meticulous research and new archaeological evidence, Empire of Horses traces this civilization's epic story and shows how the nomadic cultures of the steppes gave birth to an empire with the wealth and power to threaten the order of the ancient world.