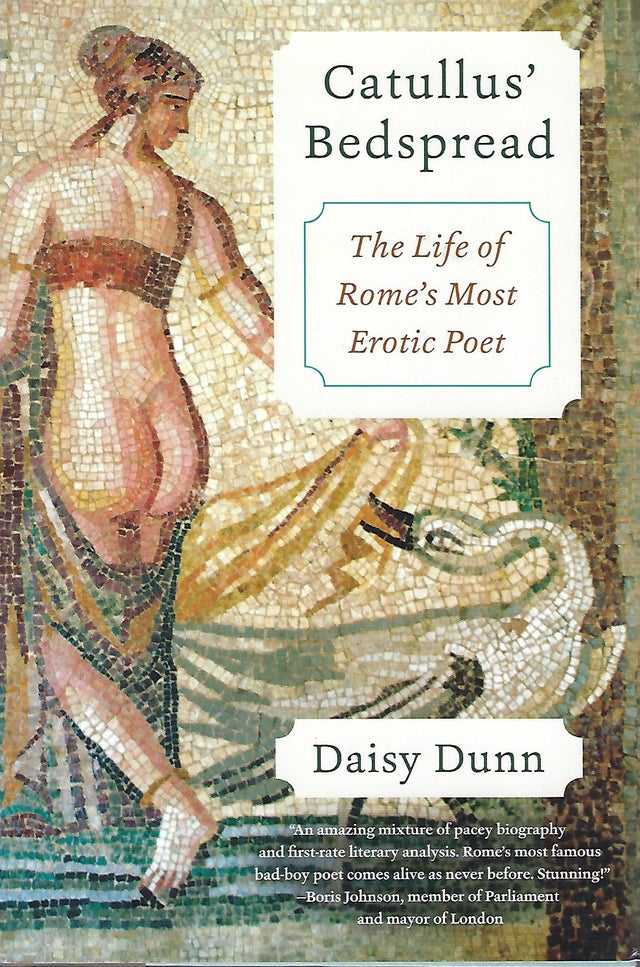 Born to one of Verona's leading families, Catullus spent most of his young adulthood in Rome mingling with the likes of Caesar and Cicero, and chronicling his life through poetry. Famed for a lyrical and subversive voice, his poems about friends were jocular and often obscenely funny; those who crossed him found themselves skewered in raunchy verse, sudden objects of hilarity and ridicule.

These bawdy poems were disseminated widely throughout Rome. Many of his poems recall his secret long-standing affair with the seductive Clodia, an older woman who would eventually be plunged into scandal following the suspicious death of her aristocratic husband.

While Catullus and Clodia made love in the shadows, the whole of Italy was quaking as Caesar, Pompey, and Crassus forged a doomed alliance for power. During these tumultuous years, Catullus increasingly turned to darker subject matter, finally composing his greatest work of all: the "bedspread poem," which set themes of love and war against the backdrop of the myth of the Ages, and which would achieve immortality and make Catullus a legend.