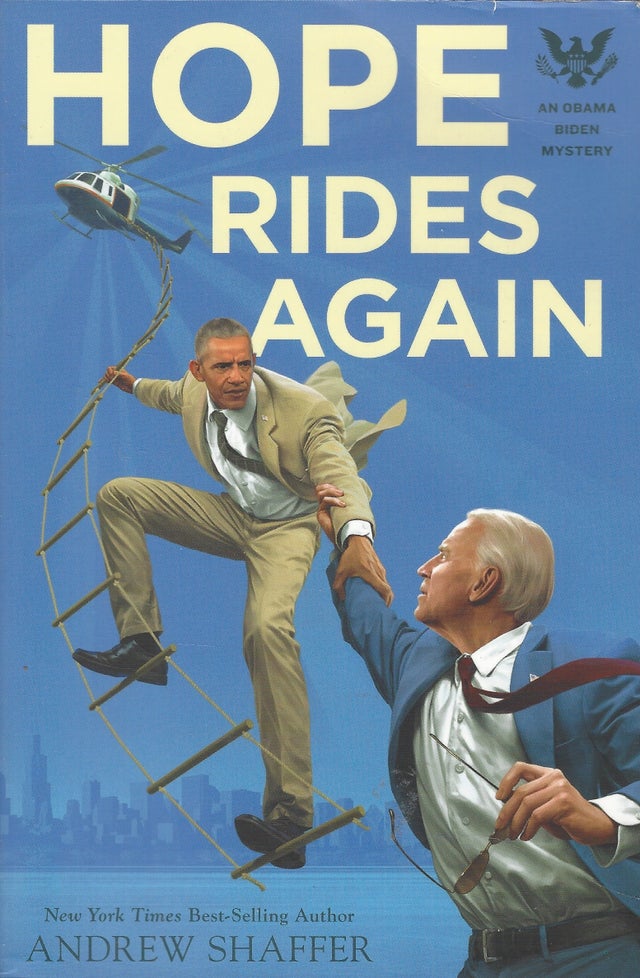 Justice has no term limits.....

Former Vice-President Joe Biden has been on the road non-stop since returning to public life, promoting his memoir and testing the waters for a presidential bid. He has one final stop before he can head home: Chicago, where his old pal Barack Obama has invited him to meet an activist whose endorsement could help him win his party's nomination in 2020.

When Obama's prized Blackberry is stolen, Joe puts his presidential aspirations on hold long enough to track down the thief... who winds up full of lead. The police are content to write it off as just another gangland shooting, but Joe and Obama smell a rat. Together they hit the streets to find the shooter, only to uncover a conspiracy that goes deeper than the waters of Lake Michigan -- which is exactly where they'll spend the rest of their retirement if they're not careful.

Part thrill and part bromance, Hope Rides Again continues the (purely fictional) story of America's favorite Democratic Duo that began with Hope Never Dies. Slip on your aviator shades and get ready for double the action, double the laughs, and double the awkward fist-bumps.