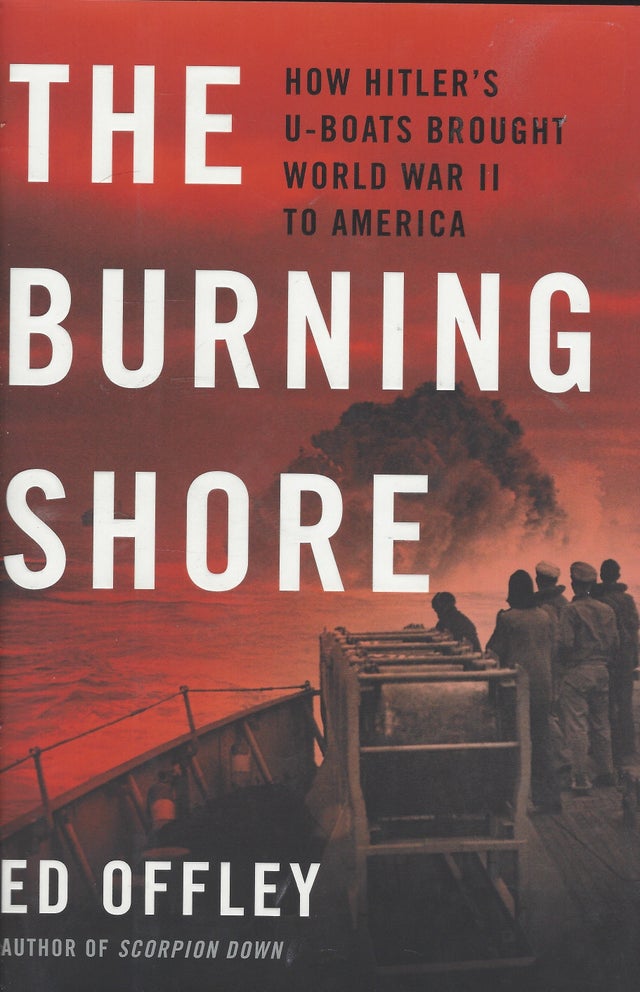 On June 15, 1942, as thousands of vacationers lounged in the sun at Virginia Beach, two massive fireballs erupted just offshore from a convoy of oil tankers steaming into the Chesapeake Bay. While men, women, and children gaped from the shore, two damaged oil tankers fell out of line and began to sing. Then a small escort warship blew apart in a violent explosion. Navy warships and aircraft peppered the water with depth charges, but to no avail. Within the next twenty-four hours, a fourth ship lay at the bottom of the channel.

In The Burning Shore, acclaimed military reporter Ed Offley presents a thrilling account of the bloody U-boat offensive along America's East Coast during the first half of 1942, using the story of Horst Degen's three war patrols as a lens through which to view this forgotten chapter of World War II. For six months, German U-boats prowled the waters off the eastern seaboard, sinking merchant ships with impunity, and threatening to sever the lifeline of supplies flowing from America to Great Britain. Degen's successful infiltration of the Chesapeake Bay in mid-June drove home the U-boats' success, and his spectacular attack terrified the American public as never before. But Degen's cruise was interrupted less than a month later, when U.S. Army Air Forces Lieutenant Harry J. Kane and his aircrew spotted the silhouette of U-701 offshore. The ensuing clash signaled a critical turning point in the Battle of the Atlantic -- and set the stage for an unlikely friendship between two of the episode's survivors.

A gripping tale of heroism and sacrifice, The Burning Shore leads readers into a little-known theater of World War II, where Hitler's U-boats came close to winning the Battle of the Atlantic before American sailors and airmen could finally drive them away.