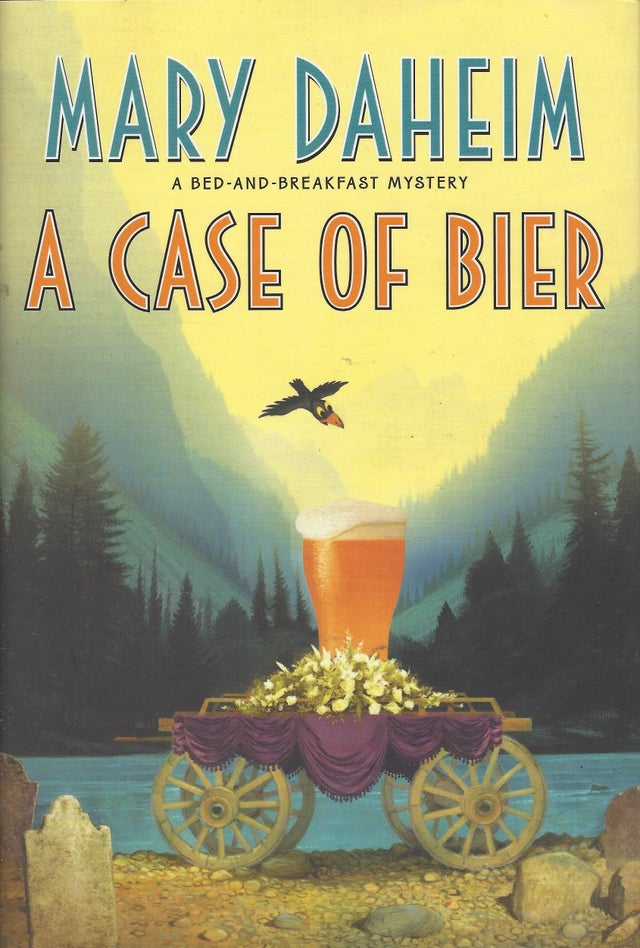 Vacations can be murder. No one knows that better than Judith McMonigle Flynn, owner of Seattle's popular Hillside Manor B&B. After a busy summer, Judith desperately needs some R&R. Leave it to her thoughtful husband, Joe, to surprise her with a trip to Banff. Though Hillside Manor is booked solid through Labor Day, everything is in good hands. Her neighbors, Carl and Arlene Rankers, will take over at the inn and deal with its guests as well as Judith's cantankerous mother, Gertrude, and the equally grumpy Sweetums, the old orange cat.

Thrilled to be getting away, Judith's overjoyed that Cousin Renie and Bill are joining in the fun. Though the husbands have made the arrangements, a wary Judith wonders how bad a short time away, booked into a luxurious resort in the beautiful mountains of Alberta, could be? Judith and Renie are about to find out.

While making reservations, Joe and Bill made one tiny mistake. Instead of a gorgeous suite in a hotel modeled after a Scottish castle, they're staying at a small motel farther down the road. But while their accommodations leave something to be desired, the other on-site guests are the real prize. Ma and Pa Stokes and the assorted members of their family have gathered on the mountainside to give a relative a proper and permanent send-off -- a nice gesture, until Judith realizes that paying their respects might be a little premature. . . without some very sinister assistance.

Old man Codger's final wish is for his remains to be sent off down the Bow River. Yet the old coot isn't quite dead.... yet. Now it's up to Judith and Renie to determined who arranged to send a would-be corpse on an early date with the undertaker....