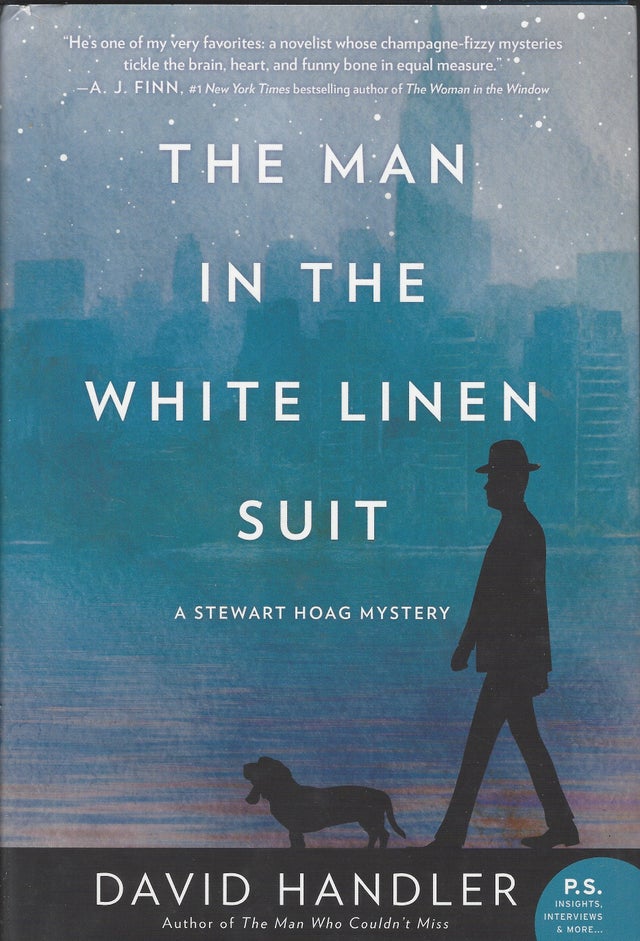 The Man in the White Linen Suit by David Handler

The Man in the White Linen Suit by David Handler

Washed-up celebrity novelist turned ghostwriter Stewart "Hoagy" Hoag is finally making progress on his long-awaited second novel. Burrowed away in his sweltering fifth-floor walk-up, he's also trying not to think about the fine summer that he and his ex-wife, celebrity actress Merilee Nash, have just spent together on her bucolic Connecticut farm. Sort of together, that is. She was generous enough to offer him the use of her guest cottage. But now Merilee is offering to let him stay in her elegant eight-room apartment overlooking Central Park while she's away shooting a film on location. This is a major step. Could it mean that their on-again, off-again romance is back on for real?

Then Hoagy receives a call from his literary agent asking if he can meet with publishing's most ruthless and reviled editor, Sylvia James, for a drink at the Algonquin Hotel. After disclosing that her father, the aging literary superstar Addison James, has not in fact written his last two bestselling historical sagas, Sylvia reveals her suspicions that Addison's assistant Tommy O'Brien -- the true author -- has run away with their most recent manuscript and is holding it for ransom. Swayed by his friendship with Tommy, not to mention Sylvia's offer of a hefty advance for his novel-in-progress, Hoagy agrees to help investigate Tommy's sudden disappearance. If only Hoagy had known exactly what he was getting himself into, he might have saved himself from the grief that follows in his hot pursuit of Tommy. But then, that wouldn't be a normal day in the life of Hoagy.

Now it's up to Hoagy and his short-legged side-kick, Lulu the basset hound to unravel this baffling, bizarre case.