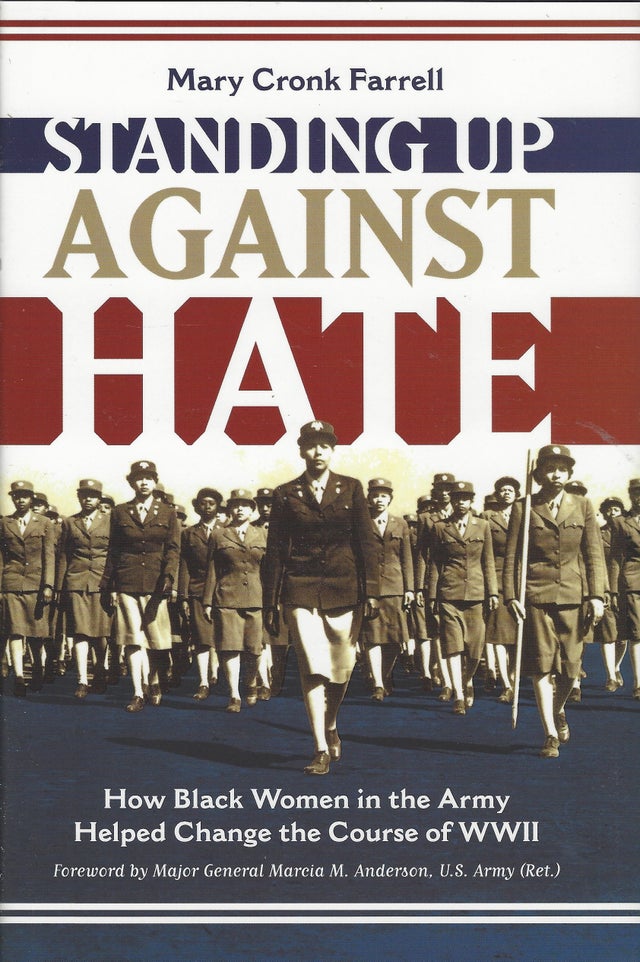 Standing Up Against Hate: How Black Women in the Army Helped Change the Course of WWII by Mary Cronk Farrell

Standing Up Against Hate: How Black Women in the Army Helped Change the Course of WWII by Mary Cronk Farrell

When Charity Adams and other African American women enlisted in the Women's Army Auxiliary Corps (WAAC) in World War II, they were among the bravest and most adventurous women in 1940s America. They interrupted careers and left families, friends, and loved ones to venture into unknown and sometimes dangerous territory. They survived racial prejudice and discrimination with dignity, succeeded in jobs that women had never worked before, and made crucial contributions to the military war effort.

Charity Adams commanded the only black WAAC battalion sent overseas and became the highest-ranking African American woman in the military at the end of the war. Along with Adams's story are those of other black women who played a crucial role in integrating the armed forces. Both inspiring and heart-wrenching, Standing Up Against Hate tells these women's powerful stories and offers a much-needed perspective on World War II America.