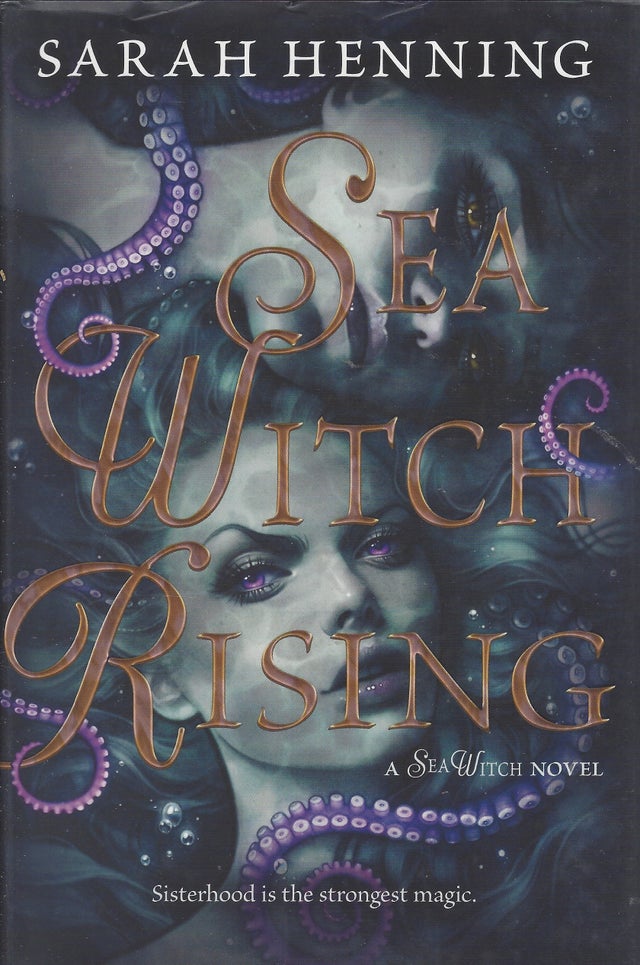 Above the sea, Runa's twin sister, Alia, is about to die. According to the deal Alia made with the Sea Witch, she has only hours left as a human to win her prince's love or perish. But Runa knows the prince isn't capable of the love her sister needs. So she makes her own bargain with the Sea Witch -- the prince's life for her sister's -- and prepares to bring Alia back under the sea. Whether she likes it or not.

Below the waves, Evie has spent decades dwelling on the events that turned her into the Sea Witch -- long enough to formulate a plan to save herself from a murky fate. But challenging the order of the sea will take power she doesn't yet have -- but will do anything to get. Can she gather the magical elements she'll need before the politics above and below the sea collide?

As Runa's and Evie's fates intertwine and they find themselves caught in the middle of a deadly conflict between land and sea, will they be brave enough to sacrifice their own hearts' desires for a chance to save their worlds?

Told from alternating perspectives, this epic fairy-tale retelling of "The Little Mermaid" is a romantic and heart-wrenching story about the complications of sisterhood, the uncompromising nature of magic, and the cost of redemption.