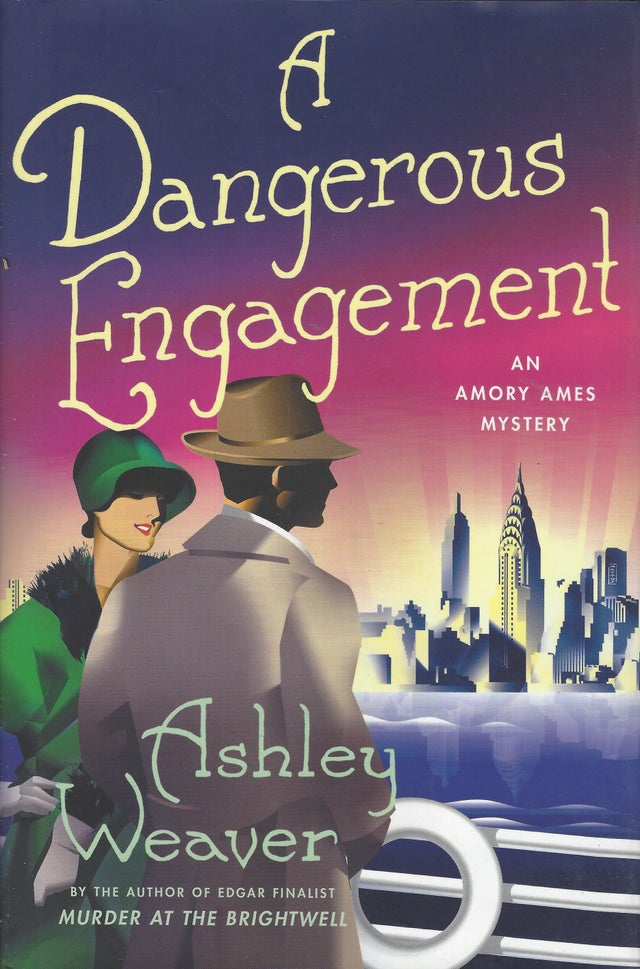 A Dangerous Engagement (An Amory Ames Mystery) by Ashley Weaver

A Dangerous Engagement (An Amory Ames Mystery) by Ashley Weaver

As she travels by ship to New York for her childhood friend Tabitha's wedding, Amory Ames gazes out at the city's iconic skyline, excited by the prospect of being a bridesmaid. Her husband, Milo, however, is convinced their trip will be deadly dull, since Prohibition is in full swing. But when a member of the wedding party is found murdered on the front steps of the bride's home, the happy plans take a darker twist.

Amory discovers that the dead groomsman had links to the notorious -- and notoriously handsome -- gangster Leon De Lora, and soon she and Milo find themselves drawn into another mystery. While the police seem to think New York's criminal underworld is at play, Amory feels they can't ignore the wedding party either. Tabitha's fiance, Tom Smith, appears to be a good man, but he has secrets of his own, and the others in the group seem strangely unaffected by the death of their friend.

In an unfamiliar city, not knowing who they can trust, Amory and Milo are drawn into the glamorous, dangerous world of nightclubs and bootleggers. But as they draw closer to unraveling the web of lies and half-truths the murdered man left in his wake, the killer is weaving a web of his own.