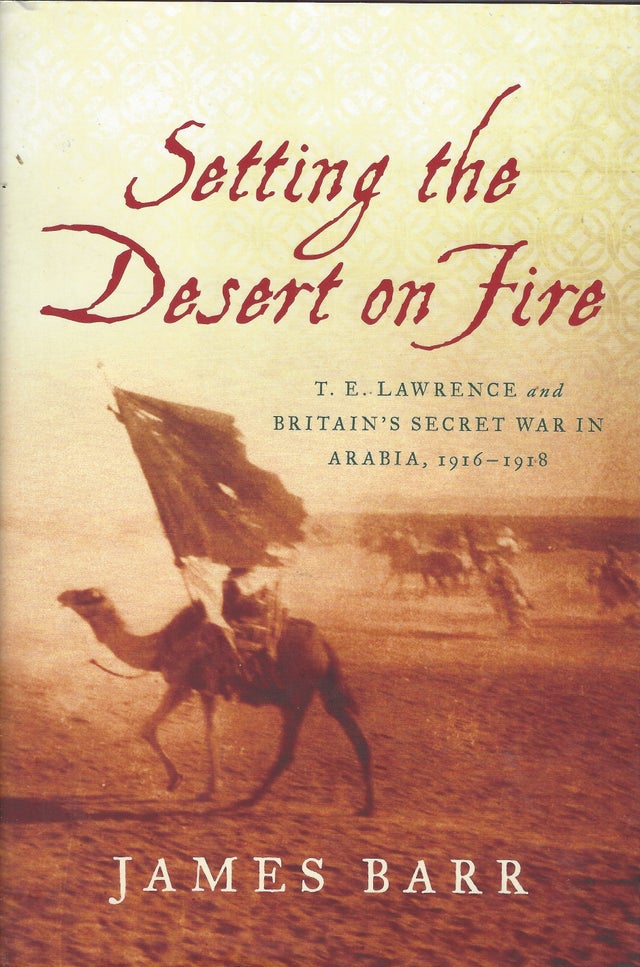 During World War I, the region now known as the Middle East was a turbulent, violent zone, as warring Western powers scrabbled for resources and influence while the local -- the Arabs and the Turks of the Ottoman Empire -- fought their own battles and found their own allies.

The hot, shifting sands from Anatolia to Aden in the west to Kabul and the edge of India in the east were the scene of infighting, backstabbing, and ferocious political and military intrigue as these key players sketched out the bloody lines that in many instances continue to divide the region today.

Setting the Desert on Fire shines new light on the crucial period of 1916 - 1918, meticulously detailing the political tensions and military strategy that underpinned Western efforts to manipulate tribes and exploit religious schisms in pursuit of power and the control of increasingly essential resources.

Looming large in the history of the Middle East is the near-mythic figure of T.E. Lawrence -- "Lawrence of Arabia" -- a feisty young British intelligence officer in the Arab Bureau who knew the region and its fractious tribal leaders well. Lawrence played a key role in the British efforts to set off an Arab revolt, a rebellion against the Ottoman Turks from within that would deliver control to the British while undermining French influence.

James Barr spent four years unearthing details from declassified archives in Europe and crossing the hostile deserts of the Middle East to re-create the revolt as the international drama it really was. A colorful cast of Arab sheiks, British and French soldiers, spies, and diplomats come together in this gripping narrative of political maneuvering, guerrilla warfare, and imperial greed. Setting the Desert on Fire is a masterly account of a key moment in the history of the Middle East and a portrait of Lawrence himself that is bright, nuanced, and full of fresh insights into the true nature of the master myth-maker.