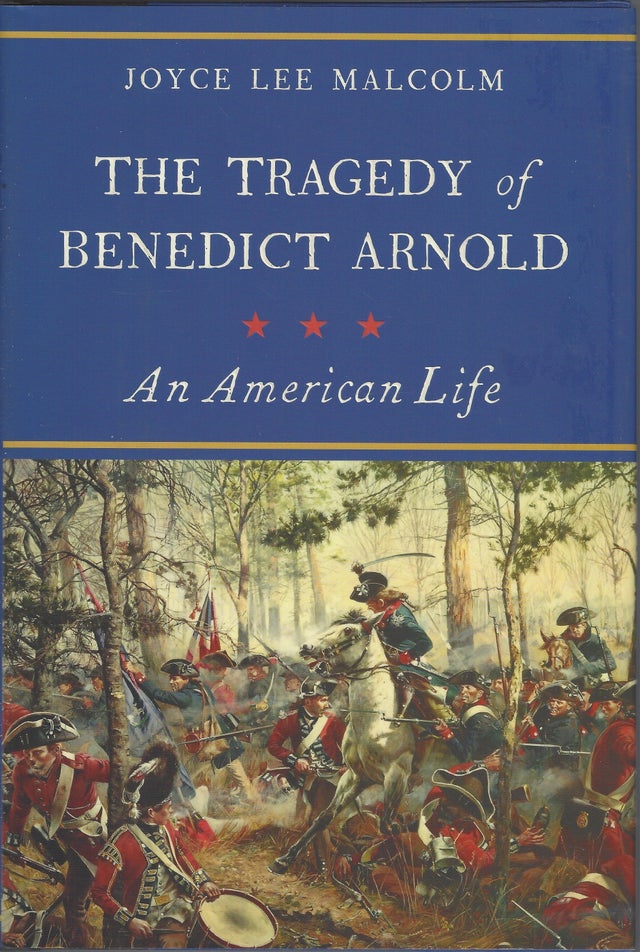 The Tragedy of Benedict Arnold: An American Life by Joyce Lee Malcolm

The Tragedy of Benedict Arnold: An American Life by Joyce Lee Malcolm

Proud and talented, history now remembers this conflicted man solely through the lens of his last desperate act of treason. Yet the fall of Benedict Arnold remains one of the Revolutionary period's great puzzles. Why did a brilliant military commander, who repeatedly risked his life fighting the British, who was grievously injured in the line of duty, and who fell into debt personally funding his own troops, ultimately become a traitor to the patriot cause?

Historian Joyce Lee Malcolm skillfully unravels the man behind the myth and gives us a portrait of the true Arnold and his world. There was his dramatic victory against the British at Saratoga in 1777 and his troubled childhood in a pre-revolutionary America beset with class tension and economic instability. We witness his brilliant wartime military exploits and learn of his contentious relationship with a newly formed and fractious Congress that was fearful of powerful military leaders, like Arnold, who could threaten the nation's fragile democracy.

Throughout, Malcolm weaves in portraits of Arnold's great allies -- George Washington, General Schuyler, Arnold's beautiful and beloved wife, Peggy Shippen, and others -- as well as his unrelenting enemy John Adams, General Horatio Gates, British General Clinton, and master spy John Andre. Thrilling and thought-provoking, The Tragedy of Benedict Arnold sheds new light on this man -- as well as on the nuanced and complicated time in which he lived.