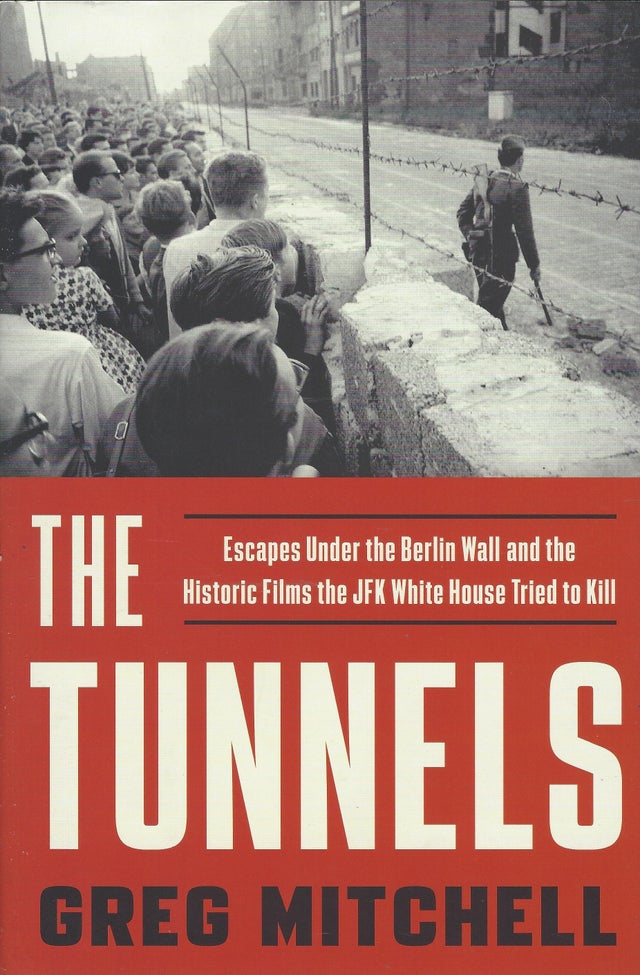 The Tunnels: Escapes Under the Berlin Wall and the Historic Films the JFK White House Tried to Kill by Greg Mitchell

The Tunnels: Escapes Under the Berlin Wall and the Historic Films the JFK White House Tried to Kill by Greg Mitchell

In the summer of 1962, the year after the rise of the Berlin Wall, a group of young West Germans risked prison, Stasi torture, and even death to liberate friends, lovers, and strangers in East Berlin by digging tunnels under the Wall. The two U.S. television networks heard about the secret projects and raced to be the first to document them from the inside. NBC and CBS funded two separate tunnels in return for the right to film the escapes, planning spectacular prime-time specials. President John F. Kennedy, however, was wary of anything that might spark a confrontation with the Soviets, having said, "A wall is better than a war," and even confessing to Secretary of State Dean Rusk, "We don't care about East Berlin." JFK approved unprecedented maneuvers to quash both documentaries, testing the limits of a free press in an era of escalating nuclear tensions.

As Greg Mitchell's riveting narrative unfolds, we meet extraordinary characters: the legendary cyclist who became East Germany's top target for arrest; the Stasi informer who betrays the "CBS tunnel"; the American student who aided the escapes; an engineer who would later help build the tunnel under the English channel; the young East Berliner who fled with her baby, then married one of the tunnelers. Capturing the chilling reach of the Stasi secret police, U.S. networks prepared to "pay for play" yet willing to cave to official pressure, a White House eager to suppress historic coverage, and the subversive power of ordinary people in dire circumstances, The Tunnels is breaking history, a propulsive read whose themes still reverberate.