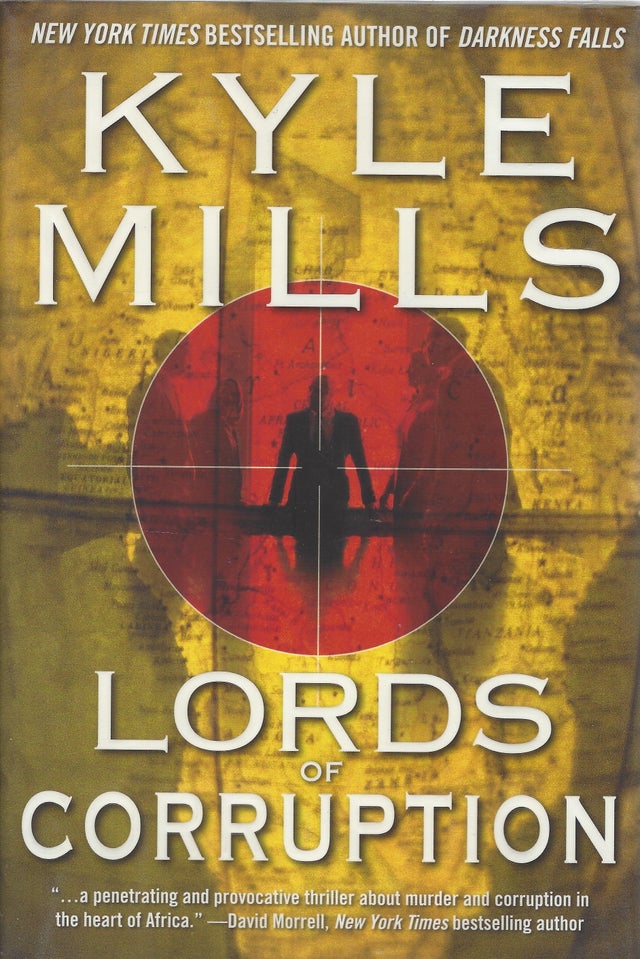 Lords of Corruption by Kyle Mills

Lords of Corruption by Kyle Mills

When an obscure charity recruits Josh Hagarty to manage their activities in a war-torn region of Africa, he is eager to sign on and atone for a past he regrets. After a lifetime of bad luck, someone is finally giving him a chance. All he has to do is not blow it.

He tries to lose himself in his new job, but soon the precariousness of his situation becomes impossible to ignore. Gideon, the man assigned to guide him through the dangerous and exotic world he's been thrust into, is revealed to be a psychotic thug with ties to the country's genocidal dictator. And Josh's predecessor didn't quit as he'd been led to believe, but was found dismembered in the jungle after asking questions that no one wanted answered.

When the life of his young sister in the United States is threatened by the organization, Josh is forced to face the fact that his employer may not be the benevolent charity it claims to be. Worse yet, Josh realizes he has become an unwitting player in a billion-dollar conspiracy with tentacles snaking across the globe. Escape is impossible -- the only way out is to bring the whole institution down.

With the help of Annika Gritdal, a beautiful Scandinavian aid worker, and journalist JB Flannary, Josh pits himself against an American criminal organization backed by a dictator who is virtually omnipotent within the borders of his country. As his own survival becomes less and less likely, Josh realizes that his life is just one of thousands -- perhaps millions -- at stake.