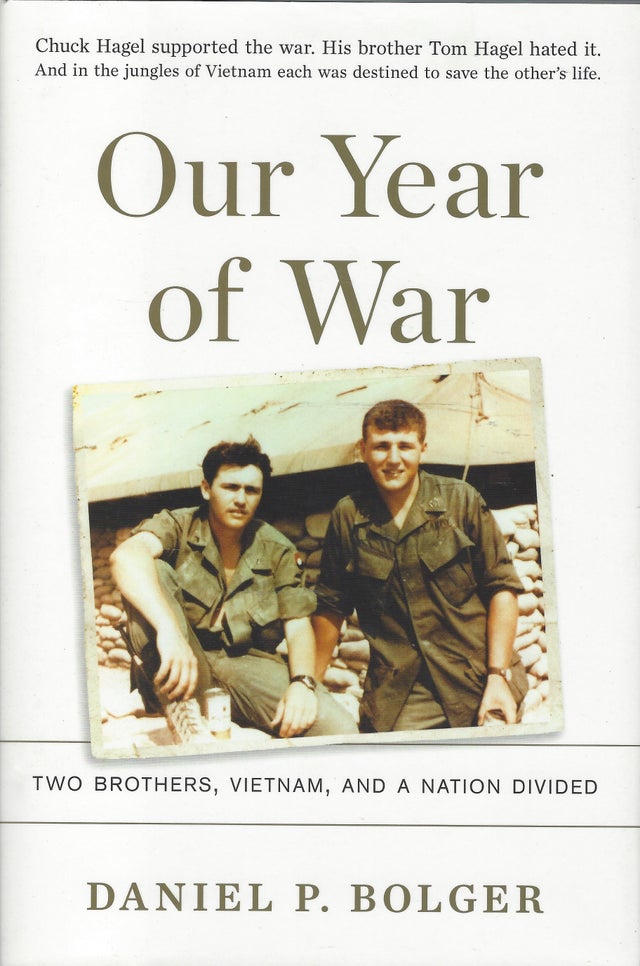 Our Year of War: Two Brothers, Vietnam, and a Nation Divided by Daniel P. Bolger

Our Year of War: Two Brothers, Vietnam, and a Nation Divided by Daniel P. Bolger

In Vietnam, Chuck and Tom Hagel served side by side in the same rifle platoon. Together they fought in the Mekong Delta, battled snipers in Saigon, chased the enemy through the jungle, and saved each other's life under fire. But when their one-year tour was over, these two brothers came home side by side, but no longer in step -- one supporting the war, the other hating it.

Former Secretary of Defense Chuck Hagel and his brother Tom epitomized the best, and withstood the worst, of the most tumultuous, shocking, and consequential year in the last half-century. Following the brothers' paths from the prairie heartland through a war on the far side of the world and back to a divided America, Our Year of War tells the story of two brothers at war -- a gritty, poignant, and resonant story of a family and a nation divided yet still united.