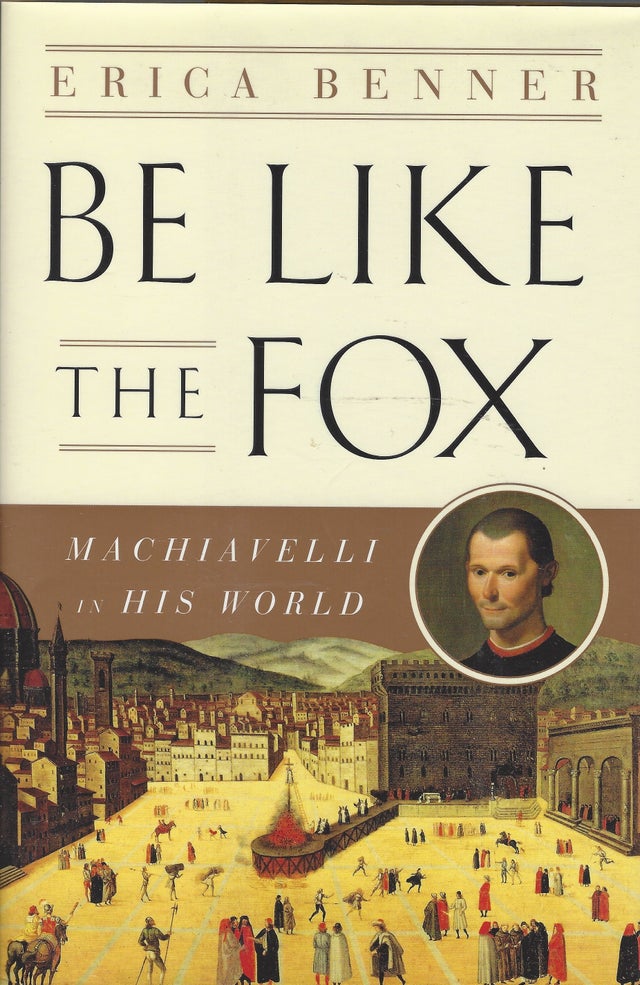 Be Like the Fox: Machiavelli in his World by Erica Benner

Be Like the Fox: Machiavelli in his World by Erica Benner

Since the publication of The Prince five centuries ago, Machiavelli has been associated with political amorality. But that characterization is unfair. In Be Like the Fox, Erica Benner sets the record straight: far from the ruthless "Machiavellian" puppet master that people think he was, Machiavelli emerges here as a profound ethical thinker who fought to uphold high moral standards and restore the democratic freedoms of his beloved Florence.

Shaking the dust from history, Benner masterfully interweaves Machiavelli's words with those of his friends and enemies, giving us a biography with all the energy of fiction. Through dialogues and diaries, we witness dramatic episodes, including Savonarola's fiery sermons against the elite in Florence's piazza, Machiavelli's secret negotiations with Caterina Sforza at the court of Forli, and the Florentines' frantic preparations to resist Pope Julius's plan to overthrow the Republic.

Benner relates how Machiavelli rose as an advisor in the Florentine Republic, advancing the city's interests as a diplomat and military strategist, only to become a political pariah when the Republic was defeated. His egalitarian politics made him an enemy of the Medici family, and his secular outlook put him at odds with religious zealots. But he soon learned to mask his true convictions, becoming a great artist of fox-like dissimulation. Machiavelli's masterpiece, The Prince, was in fact a critique of princely power, but the critique had to be veiled, written as it was after the Medici triumphed over the Republic.

In Be Like the Fox, the most accurate and compelling portrait of Machiavelli yet, Benner recounts the gripping story of a brilliant political thinker, showing that Machiavelli's ideas -- about democratic institutions, diplomacy, and freedom -- are more important than ever.