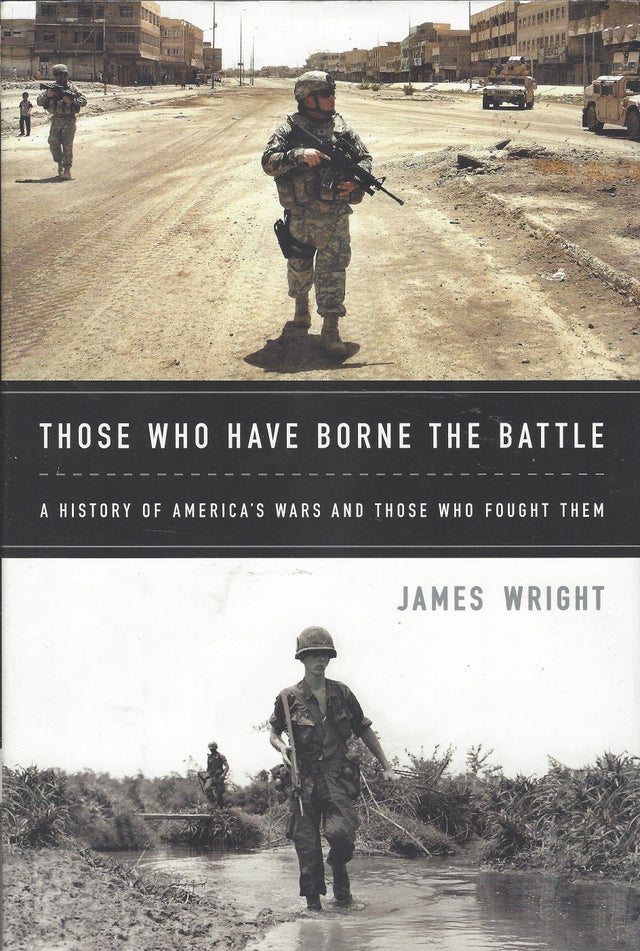 Those Who Have Borne the Battle: A History of America's Wars and Those Who Fought Them by James Wright

Those Who Have Borne the Battle: A History of America's Wars and Those Who Fought Them by James Wright

At the heart of the story of America's wars are our "citizen soldiers" -- those hometown heroes who fought and sacrificed from Bunker Hill in Charlestown to Pointe du Hoc in Normandy, and beyond, without expectation of recognition or recompense. Americans like to think that the service of its citizen volunteers is, and always has been, of momentous importance in our politics and society. But though this has made for good storytelling, the reality of America's relationship to its veterans is far more complex. In Those Who Have Borne the Battle, historian and marine veteran James Wright tells the story of the long, often troubled relationship between America and those who have defended her -- from the Revolutionary War to today -- shedding new light both on our history and on the issues our country and its armed forces face today.

From the beginning, American gratitude to its warriors was not a given. Prior to World War II, the prevailing view was that, as citizen soldiers, the service of its young men was the price of citizenship in a free society. Even Revolutionary War veterans were affectionately, but only temporarily, embraced, as the new nation and its citizens had much else to do. In time, the celebration of the nation's heroes became an important part of our culture, building to the response to World War II, where warriors were celebrated and new government programs provided support for veterans.

The greater transformation came in the wars after World War II, as the way we mobilize for war, fight our wars, and honor those who serve has changed in drastic and troubling ways. Unclear and changing military objectives have made our actions harder for civilians to stand behind, a situation compounded by the fact that the armed forces have become less representative of American society as a whole. Few citizens join in the sacrifice that war demands. The support systems seem less and less capable of handling the increasing number of wounded warriors returning from our numerous and bewildering conflicts abroad.

A masterful work of history, Those Who Have Borne the Battle expertly relates the burdens carried by veterans dating back to the Revolution, as well as those fighting today's wars. And it challenges Americans to do better for those who serve and sacrifice today.