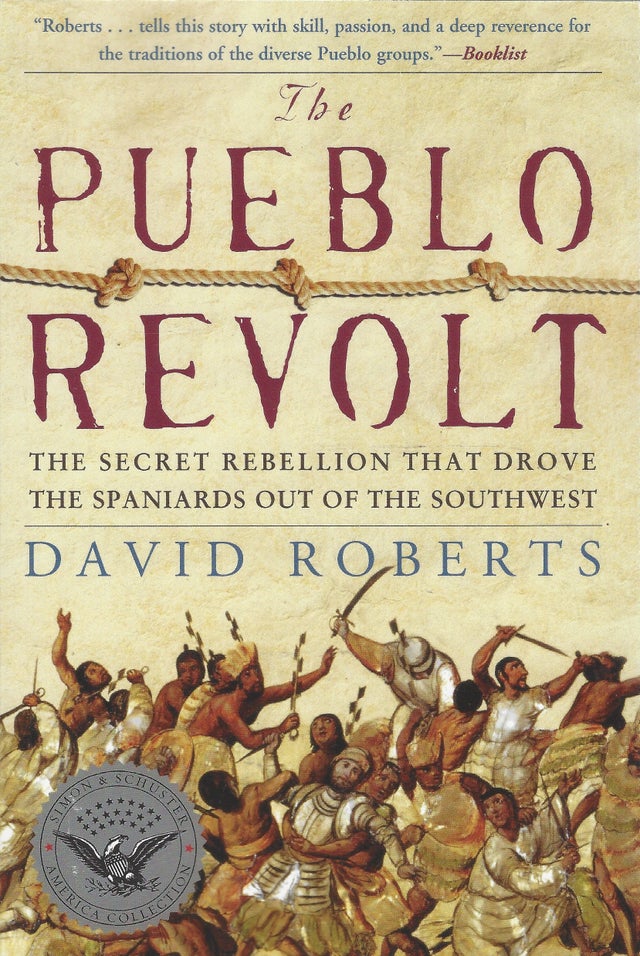 The Pueblo Revolt: The Secret Rebellion that Drove the Spaniards out of the Southwest by David Roberts

The Pueblo Revolt: The Secret Rebellion that Drove the Spaniards out of the Southwest by David Roberts

With the conquest of New Mexico in 1598, Spanish governors, soldiers, and missionaries began their brutal subjugation of the Pueblo Indians in what is today the Southwestern United States. This oppression continued for decades, until, in the summer of 1680, led by a visionary shaman named Pope, the Puebloans revolted. Before then the many different Pueblo villages had never acted in concert (and never would again). Now, in total secrecy they coordinated an attack killing 401 settlers and soldiers and routing the rulers in Sante Fe. Every Spaniard was driven from the Pueblo homeland, the only time in North American history that conquering Europeans were thoroughly expelled from Indian territory.

Yet today, more than three centuries later, crucial questions about the Pueblo revolt remain unanswered. How did Pope succeed in his brilliant plot? And what happened in the Pueblo world between 1680 and 1692, when a new Spanish force reconquered the Pueblo peoples with relative ease?

David Roberts sets out to try to answer these questions and to bring this remarkable historical episode to life. He visited Pueblo villages, talked with Native American and Anglo historians, combed through archives, discovered backcountry ruins, sought out the vivid rock art panels carved and painted by Puebloans contemporary with the events, and pondered the existence of centuries-old Spanish documents never seen by Anglos.