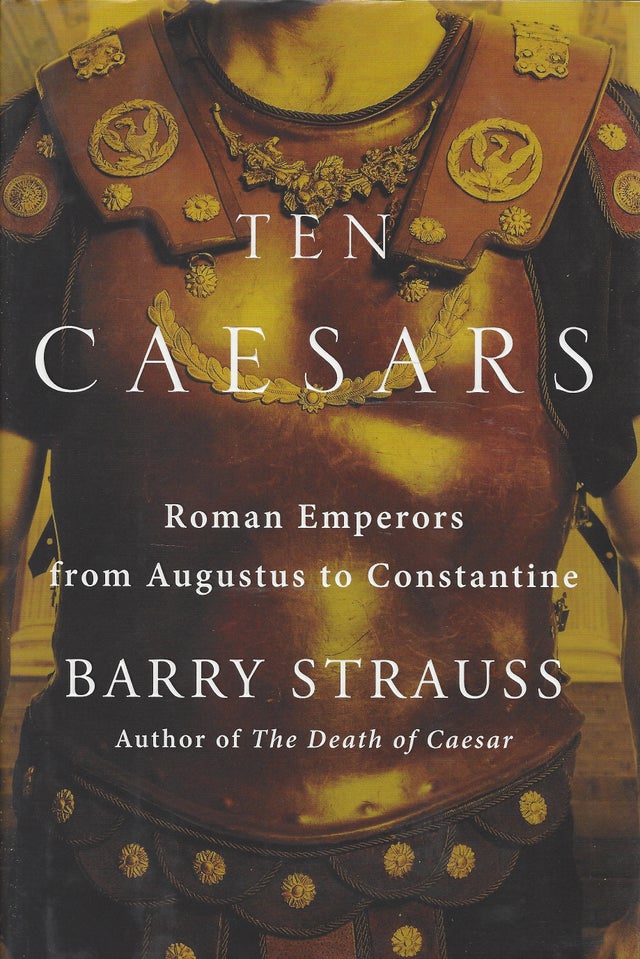 Bestselling classical historian Barry Strauss tells the story of the Roman Empire through the lives of ten men who ruled Rome, from Augustus, the founder, to Constantine, who re-founded the empire as Christian and established a new capital at Constantinople three and a half centuries later.

During these centuries Rome gained in splendor and territory, then lost both. The empire reached from modern-day Britain to Iraq, and over time emperors came not from the old Roman families of the first century but from men born in the provinces, some of whom had never even seen Rome. By the time of Constantine, the Roman Empire had changed so dramatically in geography, ethnicity, religion, and culture that it would have been virtually unrecognizable to Augustus. But in one way it remained faithful to his vision: it survived, no matter the cost.

In the imperial era Roman women -- mothers, wives, mistresses -- had substantial authority and influence over the emperors, and Strauss profiles the most important among them, from Livia, Augustus's wife, to Helena Constantine's mother. But even women in the imperial family often found themselves forced by their emperors to marry or divorce for purely political reasons, and at times they faced exile or even murder.

Rome laid the foundations of the West, and its legacy still shapes us today in so many ways, from language, law, and architecture to the seat of the Roman Catholic Church. Strauss examines this enduring heritage through the lives of the men who made it: Augustus, Tiberius, Nero, Vespasian, Trajan, Hadrian, Marcus Aurelius, Septimus Severus, Diocletian, and Constantine. In time they learned to maintain the family business -- the government of an empire -- by adapting when necessary and always persevering.

Ten Caesars is essential history as well as fascinating biography.