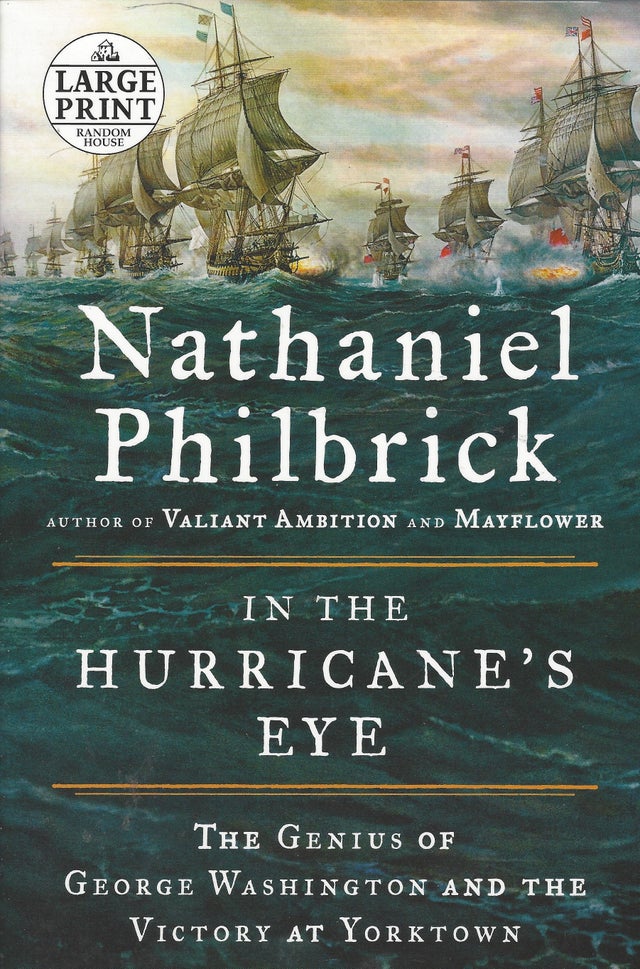 In the Hurricane's Eye: The Genius of George Washington and the Victory at Yorktown by Nathaniel Philbrick -- LARGE PRINT EDITION

In the Hurricane's Eye: The Genius of George Washington and the Victory at Yorktown by Nathaniel Philbrick -- LARGE PRINT EDITION

THIS IS A BRAND NEW LARGE PRINT BOOK. THERE IS A RED "CLOSEOUT/REMAINDER" MARK ON THE BOTTOM PAGE EDGES.