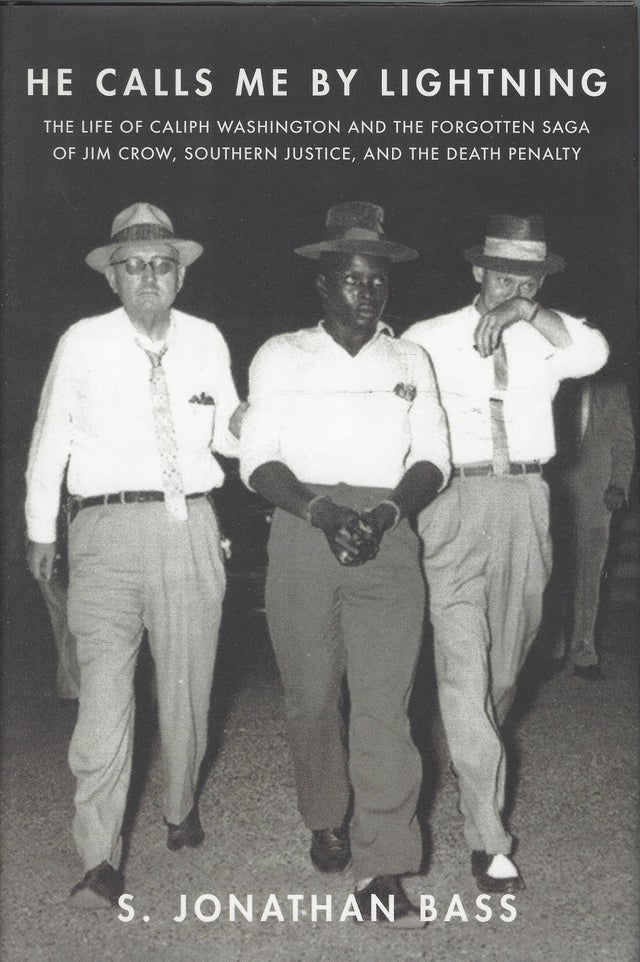 He Calls Me by Lightning: The Life of Caliph Washington and the Forgotten Saga of Jim Crow, Southern Justice, and the Death Penalty by S. Jonathan Bass

He Calls Me by Lightning: The Life of Caliph Washington and the Forgotten Saga of Jim Crow, Southern Justice, and the Death Penalty by S. Jonathan Bass

Caliph Washington didn't pull the trigger but, as Officer James "Cowboy" Clark lay dying, he had no choice but to turn on his heel and run. The year was 1957; Cowboy Clark was white, Caliph Washington was black, and this was the Jim Crow South.

As He Calls Me by Lightning painstakingly chronicles, Washington, then a seventeen-year-old simply returning home after a double date, was swiftly arrested, put on trial, and sentenced to death by an all-white jury. The young man endured the horrors of a hellish prison system for thirteen years, a term that included various stints on death row fearing the "lightning" of the electric chair. While twentieth-century legal history is tragically littered with thousands of stories of such judicial cruelty, S. Jonathan Bass's account remarkably and meticulously re-creates Washington's saga, animating a life that was not supposed to matter.

Given the familiar paradigm of an African American man being falsely accused of killing a white policeman, it would be all to easy to apply a reductionist view to the story. Instead, He Calls Me by Lightning offers a spate of unknown variables -- most prominently the fact that Governor George Wallace, nationally infamous for his active advocacy of segregation, did, in fact, save this death-row inmate's life. As we discover, Wallace stayed Washington's execution not once but more than a dozen times, reflecting a philosophy about the death penalty that has not been perpetuated by his successors.

Other details make Washington's story significant to legal history, not the least of which is that the defendant endured three separate trials and then was held in a county jail for five more years before being convicted of second-degree murder in 1970; this decision was overturned as well, although the charges were never dismissed. Moreover, Bass's account vividly evokes Washington's native Bessemer, a gritty, industrial city lying only thirteen miles to the east of Birmingham, Alabama, whose singularly fascinating story is frequently overlooked by historians.

By rescuing Washington's unknown life trajectory -- along with the stories of his intrepid lawyers, David Hood Jr and Orzell Billingsley Jr, and Christine Luna, an Italian-American teacher and activist who would become Washington's bride upon his release -- Bass brings to multidimensional life many different strands of the civil rights movement. Devastating and essential, He Calls Me by Lightning demands that we take into account the thousands of lives cast away by systemic racism, and powerfully demonstrates just how much we still do not know.