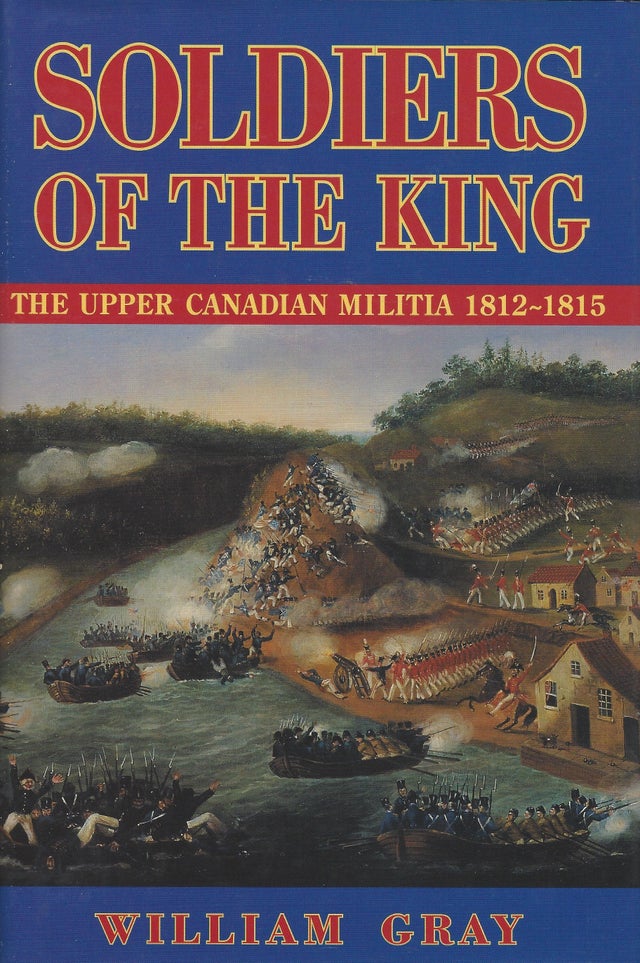 Based on contemporary official documents, reports, returns, and master lists, Soldiers of the King provides the most complete account ever published of the nature and extent of the participation of the people of Upper Canada in the War of 1812.

Many interpretations of the contribution of the militia to the war effort have been expressed, and today it is popular to portray the militia as having been completely ineffectual, actively disloyal, or at best indifferent. But the contribution of the loyal element -- a large percentage of the population -- was significant and proved vital to the ultimate success of the forces of the Crown.

Soldiers of the King provides an insightful overview of the war, including the organization of the militia and the various volunteer corps, and contributes to our written history a comprehensive guide to the militia corps active during the war, with a nominal list of commissioned officers, as well as the men who volunteered to serve in corps.

The primary source information used in this remarkable work puts much of what has been written about Upper Canadians and the War of 1812 in question and casts new light on an important period.