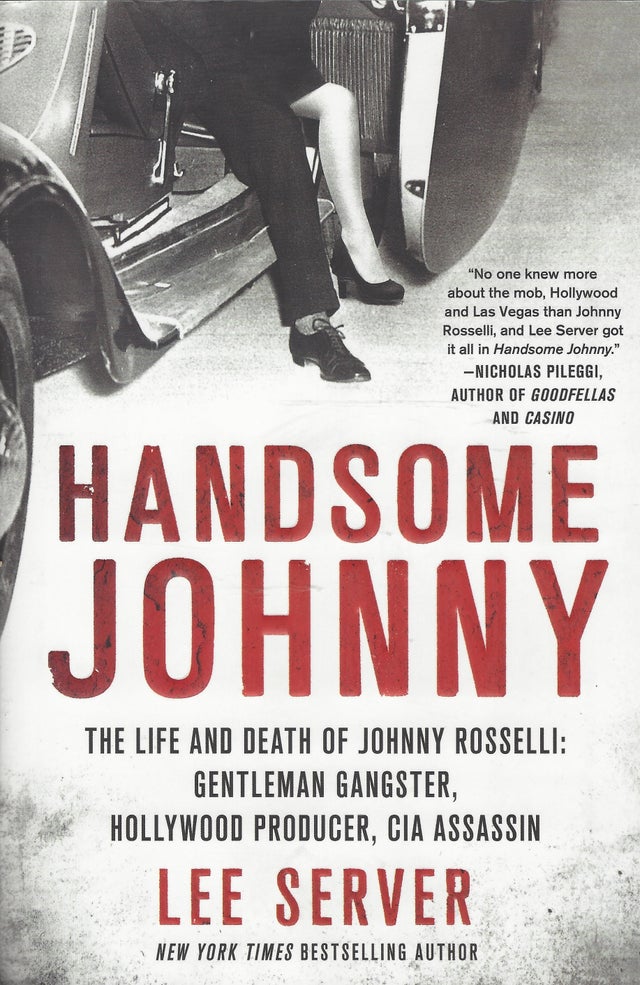 Johnny Rosselli was at the center of the twentieth century's darkest secrets. He was a legendary figure in the American underworld, his influence felt everywhere from Golden Age Hollywood to Mob-run Las Vegas, from Cold War battlefronts to the JFK White House.

Al Capone's last proteges, "Handsome Johnny" flourished for an extraordinary half century, beginning in the bloody bootlegging wars of the Roaring Twenties until he was tapped to be the Mob's man in Hollywood, seducing seductresses such as Jean Harlow and Marilyn Monroe, and becoming indispensable to Columbia Pictures boss Harry Cohn. Later Rosselli himself would even make movies producing two of the best film noirs of the 1940s.

In the 1950s, Rosselli was deployed by new Chicago boss Sam Giancana to oversee the creation of Las Vegas. He was the gambling mecca's behind-the-scenes power, running the town from his suites at the Tropicana and Desert Inn, and enjoying Rat Pack nights with Frank Sinatra and Dean Martin. He would later oversee the Vegas takeover by bizarre billionaire Howard Hughes. In his most unexpected and combustible role, Rosselli became a central figure in the CIA's attempt to assassinate Cuban dictator Fidel Castro. And even that patriotic job, as an assassin, was not Rosselli's final chapter.

From a remarkable stylist and written with the vivid and surprising detail that can only come from years of research, Handsome Johnny is full of glamour and grit, guns and gams, a rich roller coaster of a biography.