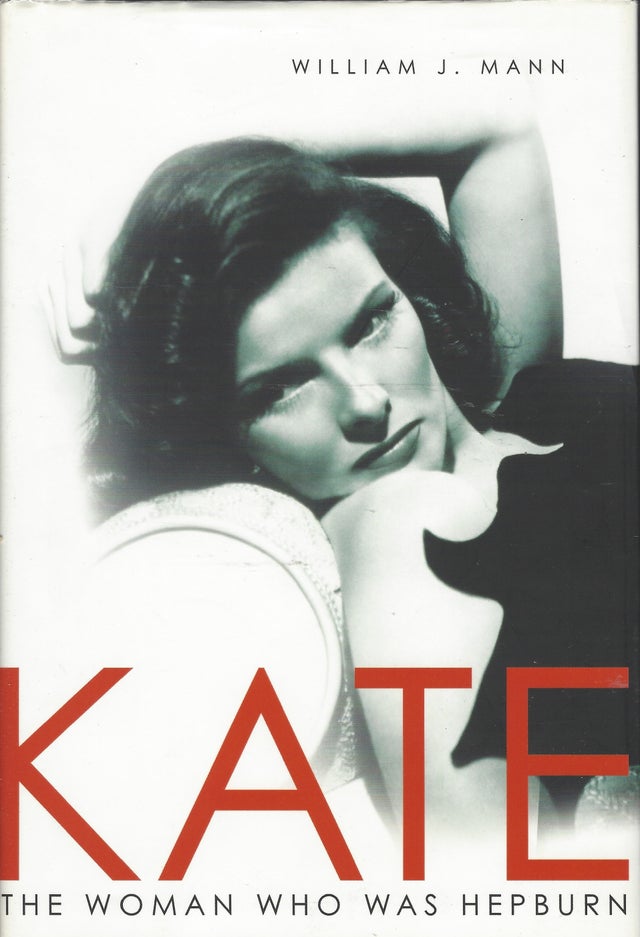 Kate: The Woman Who Was Hepburn by William J. Mann

Kate: The Woman Who Was Hepburn by William J. Mann

Kate re-creates the journey of its extraordinary heroine through the twentieth century and the realities of life in the American spotlight. With the help of many of her never-interviewed family and friends, William Mann has created an intimate close-up that brings to life the private Katharine Hepburn, previously glimpsed only rarely. Although the Kate we saw on screen and in public -- the elegant East Coast aristocrat who wore pants and always spoke her min -- rarely failed to seduce, she was an image, the actress's greatest role. Moving beyond often-repeated myths that Hollywood and she herself used to create her legend, Kate reveals an ambitious yet vulnerable woman who overcame hurts and fierce obstacles to achieve fame and, ultimately, the artistry she came do desire even more.

Mann uses his backstage understanding of Hollywood -- its rich history, star-making magic, and well-kept secrets -- to chart Hepburn's sixty year career. Arriving in Hollywood in 1932, Kate positioned herself as an anti-glamour girl known for wearing a monkey on her shoulder and driving a pickup to premiers. Rumors surrounding her politics and sexuality landed her in the hot seat and quite quickly she became controversial. From her first film, A Bill of Divorcement, through Little Queen, The Philadelphia Story, The African Queen, Guess Who's Coming to Dinner, and all the comedies and classics, Mann shows us the evolution of Hepburn as star and American icon, along with the off-screen episodes -- love affairs, a seldom-discussed near-blacklisting, and cavorting with "unconventionals" such as her director George Cukor -- that fueled the columnists and critic whom she would annoy, infuriate, and delight for decades.

On the personal side, Mann renders a smart, sophisticated lady often at odds with conventions she could never completely leave behind, a powerful woman who -- despite her later assertions -- definitely wanted to have it all. He reveals the child who rebelled against stuffy Hartford and the father she could never please; the girl escorted by her feminist mother to political meetings in bohemian Greenwich Village; the loner who learned to be herself at Bryn Mawr during an age of change for American women. We see Hepburn's one try at marriage, the women who sustained her, and finally, the complicated truth about her relationship with Spencer Tracy -- the most frequently distorted chapter of Hepburn's life.

Kate is a rich, glamorous odyssey that shows us the charismatic people and colorful places that were Katharine Hepburn's world. With respect and perception, William Mann has woven all the Kates -- all the women she was -- into what is certainly the definitive portrait of this influential figure. Kate brings new depth and humanity to an unforgettable character who can be seen at last, in all her fascinating complexity.

THIS IS A USED BOOK IN AS NEW CONDITION. THERE IS SOME SLIGHT SHELF WEAR.