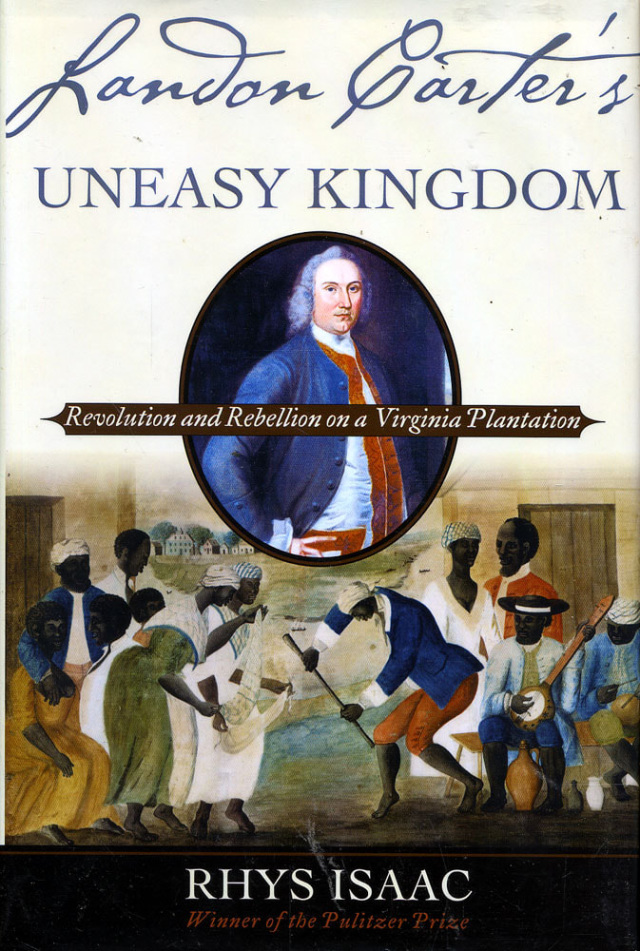 Landon Carter, a Virginia planter patriarch, left behind one of the most revealing of all American diaries. In this astonishingly rich biography, Rhys Isaac mines this remarkable document -- and many other sources -- to reconstruct Carter's interior world as it plunged into revolution.

The aging patriarch, though a fierce supporter of American liberty, was deeply troubled by the rebellion and its threat to established order. His diary, originally a record of plantation business, began to fill with angry stories of revolt in his own little kingdom. Carter writes at white heat, his words sputtering from his pen as he documents the terrible rupture that the Revolution meant to him. Indeed, Carter felt in his heart he was chronicling a world in decline, the passing of the order that his revered father had bequeathed to him. Not only had Landon's king betrayed his subjects, but Landon's own household betrayed him: his son showed insolent defiance, his daughter Judith eloped with a forbidden suitor, all of his slaves conspired constantly, and eight of them made an armed exodus to freedom. The seismic upheaval he helped to start had crumbled the foundations of Carter's own home.

Like Laurel Ulrich in her classic A Midwife's Tale, Rhys Isaac here unfolds not just the life, but the mental world of our countrymen in a long-distant time. Moreover, in this presentation of Landon Carter's passionate narratives, the diarist becomes an arresting new character in the world's literature, a figure of Shakespearean proportions, the Lear of his own tragic kingdom. This long-awaited work will be seen as both a major contribution to Revolution history and a triumph of the art of biography.