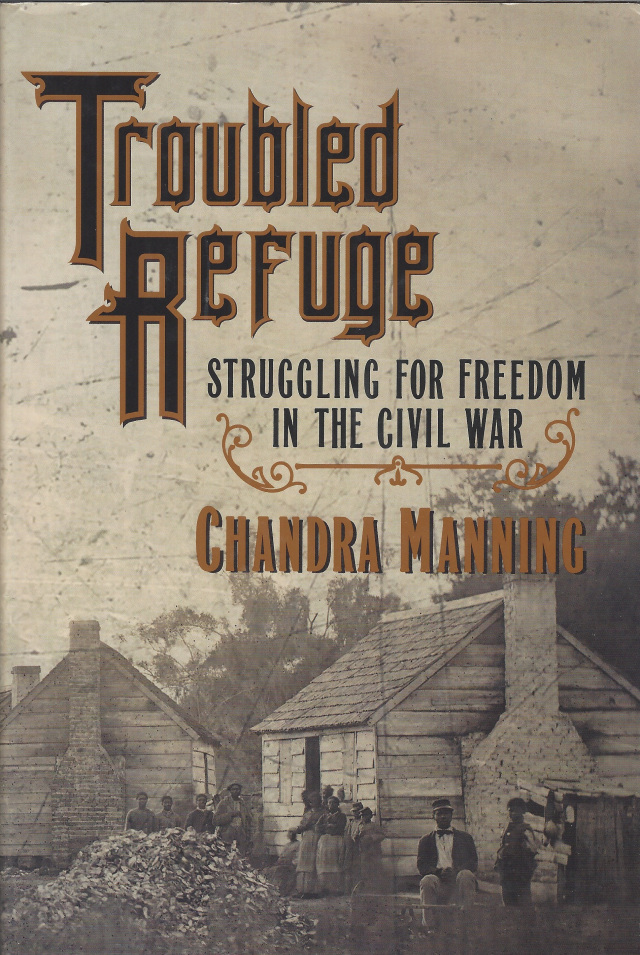 Troubled Refuge: Struggling for Freedom in the Civil War by Chandra Manning

Troubled Refuge: Struggling for Freedom in the Civil War by Chandra Manning

From the author of What This Cruel War Was Over, a vivid portrait of the Union army's escaped-slave refugee camps and how they shaped the course of emancipation and citizenship in the United States.

Even before shots were fired at Fort Sumter, slaves recognized that their bondage was at the root of the war they knew was coming, and they began running to the Union army. By the war's end, nearly half a million had taken refuge behind Union lines in improvised "contraband camps." These were crowded and dangerous places, with conditions approaching those of a humanitarian crisis. Yet families and individuals -- some 12 to 15 percent of the Confederacy's slave population -- took unimaginable risks to reach them, and they became the first places where many Northerners would come to know former slaves en masse, with reverberating consequences for emancipation, its progress, and the Reconstruction that followed.

Drawing on records of the Union and Confederate armies, the letters and diaries of soldiers, transcribed testimonies of former slaves, and more, Chandra Manning allows us to accompany the black men, women, and children who sought out the Union army in hopes of achieving autonomy for themselves and their communities. Ranging from the stories of individuals to those of armies on the move to debates in the halls of Congress, Troubled Refuge probes the particular and deeply significant reality of the contraband camps: what they were really like and how former slaves and Union soldiers warily united there, forging a dramatically new but highly imperfect alliance between the government and African Americans. That alliance, which would outlast the war, helped destroy slavery and warded off the very acute and surprisingly tenacious danger of re-enslavement. It also raised, for the first time, humanitarian questions about refugees in wartime and legal questions about civil and military authority with which we still wrestle, as well as redefined American citizenship, to the benefit but also to the lasting cost of African Americans.

Integrating a wealth of new findings, Manning casts in wholly original ight what it was like to escape slavery, how emancipation happened, and how citizenship in the United States was transformed. This reshaping of hard structures of power would matter not only for slaves turned citizens, but for all Americans.