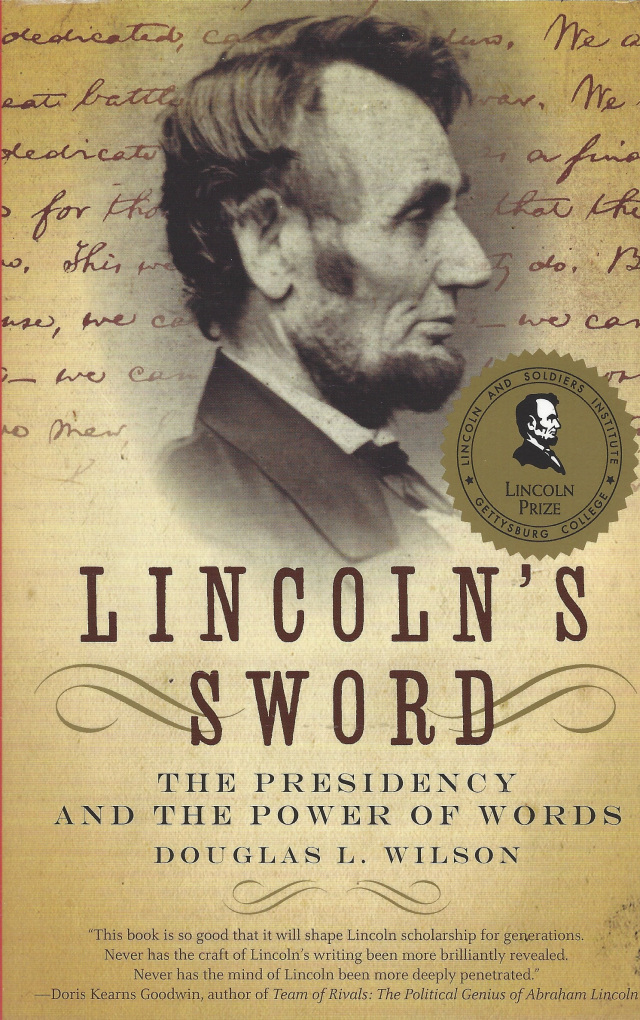 Lincoln's Sword: The Presidency and the Power of Words by Douglas L. Wilson

Lincoln's Sword: The Presidency and the Power of Words by Douglas L. Wilson

Widely considered in his own time to be a genial but provincial lightweight who was out of place in the presidency, Abraham Lincoln astonished his allies and confounded his adversaries by producing a series of speeches and public letters so provocative that they helped revolutionize public opinion on such critical issues as civil liberties, the use of black soldiers, and the emancipation of slaves.

This book is a brilliant and unprecedented examination of how Lincoln used the power of words, to not only build his political career, but toe keep the country united during the Civil War.