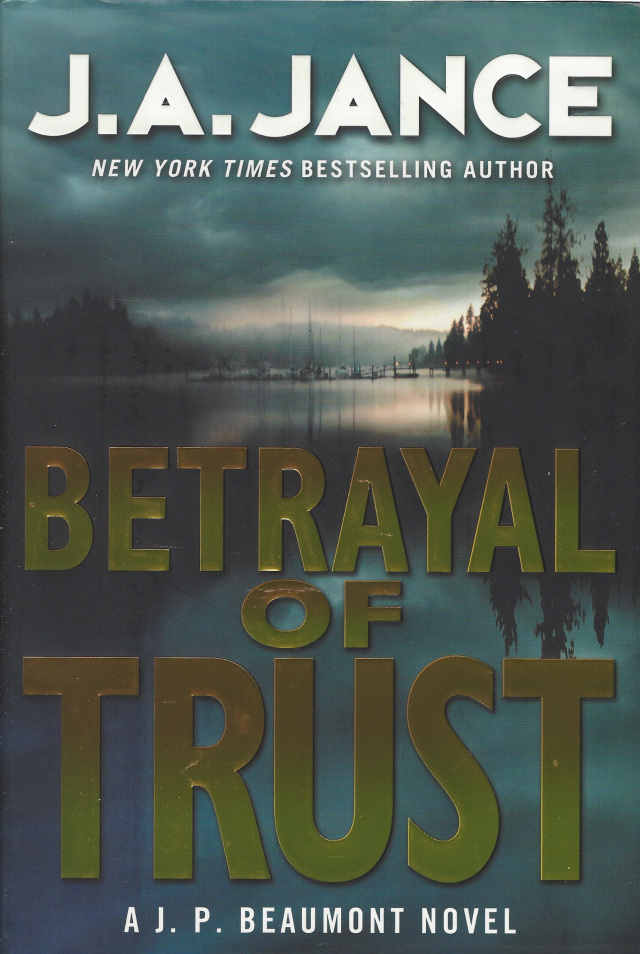 Betrayal of Trust: A J.P. Beaumont Novel by J.A. Jance

Betrayal of Trust: A J.P. Beaumont Novel by J.A. Jance

At first glance, the video appears to be showing a childish game: a teenage girl with dark wavy hair smiles at the camera, a blue scarf tied around her neck. All of a sudden things turn murderous, and the girl ends up dead.

It's as bad as a snuff film can get, and what's worse, the clip has been discovered on a phone that belongs to the grandson of Washington State's governor. However, the boy, who has a troubled background, swears that he's never seen the victim before.

Fortunately, the governor is able to turn to an old friend, J.P. Beaumont, for help. The Seattle private investigator has witnessed many horrific acts over the years, but this one ranks near the top. Even more shocking is that the crime's multiple perpetrators could be minors.

Along with Mel Soames, his partner in life as well as on the job, Beaumont soon determines that what initially appears to be a childish prank gone wrong has much deeper implications. But Mel and Beau must follow this path of corruption to its very end, before more innocent young lives are lost.