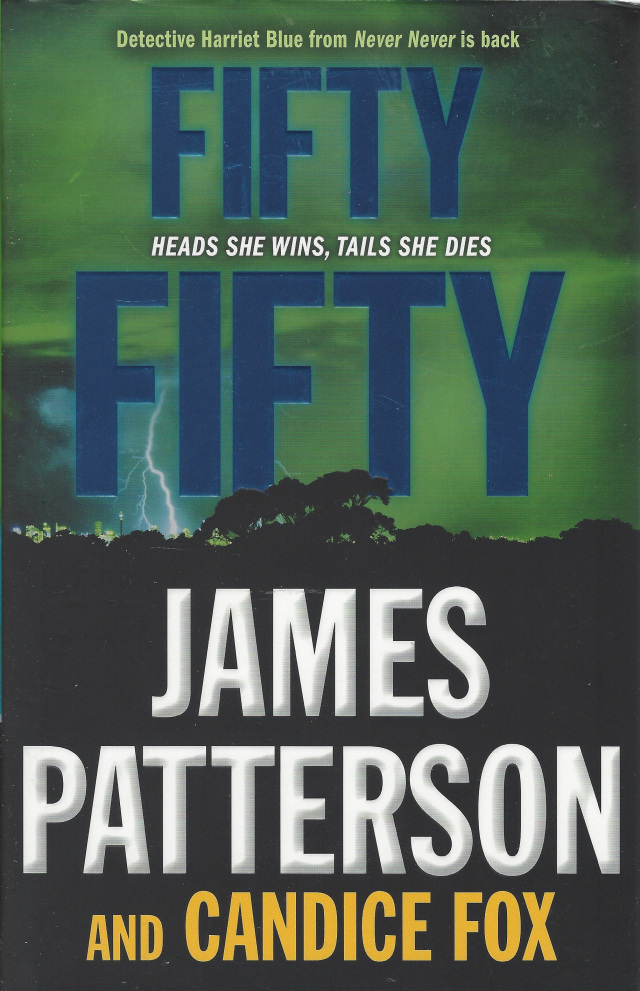 FIFTY-FIFTY: HEADS SHE WINS, TAILS SHE DIES by James Patterson and Candice Fox

Fifty-Fifty: Heads She Wins, Tails She Dies by James Patterson and Candice Fox

What are the chances...... that convicted killer Sam Blue is innocent of the serial murders of three young women? Detective Harriet Blue is certain that her brother is incapable of having committed these horrific crimes. Determined to clear his name, no matter the cost to her career, Harry attends Sam's hearing. The outburst she unleashes earns her a reassignment -- to the Outback.

What are the chances.... that Harry has landed in a town where the population of seventy-five is in the sights of a seasoned killer? A diary found on the roadside outlines a shocking plan: the massacre of the entire town. And the first murder, shortly after Harry's arrival, suggests that the clock is already ticking.

What are the chances.... that meanwhile, back in Sydney, a young woman holds the key to crack Harry's brother's case wide open? If only she could escape the madman holding her hostage.

What are the chances... that you'll be able to put down this relentless thriller -- which continues the series that began with Never Never? Less than zero!