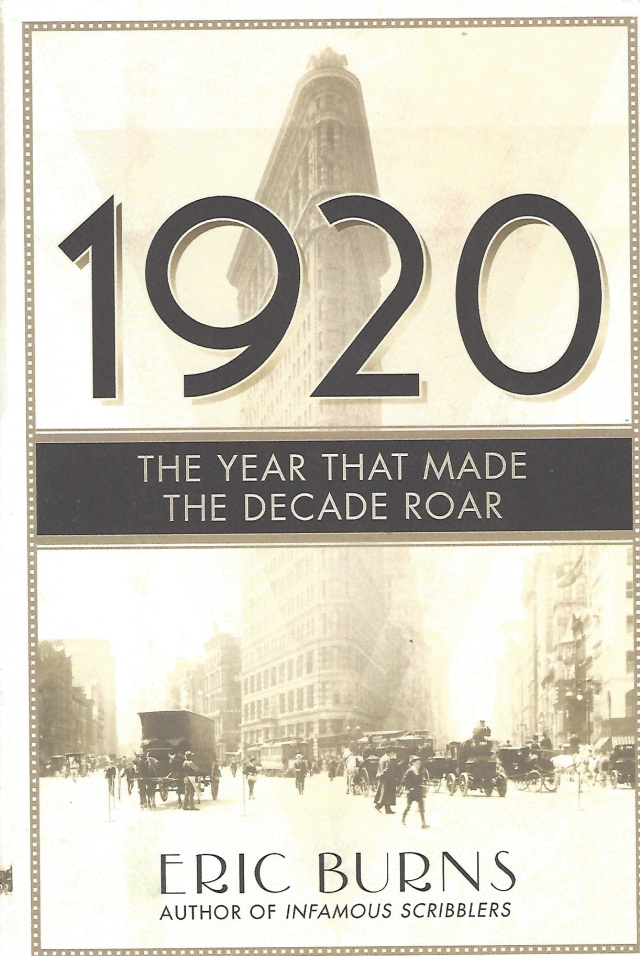 1920: The Year that Made the Decade Roar by Eric Burns

1920: The Year that Made the Decade Roar by Eric Burns

The Roaring Twenties is the only decade in American history with a widely applied nickname, and our collective fascination with this remarkable era continues. But how did this serge of innovation and cultural milestones emerge out of the ashes of World War One? No one has yet written a book about the decade's beginning.

Acclaimed author Eric Burns investigates the year of 1920, which was not only a crucial twelve-month period of its own, but one that foretold the future. The year foreshadowed the rest of the 20th century and the early years of the 21st, whether it was Sacco and Vanzetti, corruption in Washington, or the stock market crash that brought this era to a close.

Burns sets the record straight about this most misunderstood and iconic of periods and brings it to vivid life. Despite being the first full year of armistice, 1920 was not, in fact, a peaceful time -- it contained the greatest act of terrorism in American history to date. And while 1920 is thought of as starting a prosperous era, for most people, life had never been more unaffordable. Meanwhile, African Americans were putting their stamp on culture, as the rise of jazz helped spur on the Harlem Renaissance. And though people today imagine the frivolous image of the flapper dancing the night away, the truth was that a new kind of power had been bestowed on women that year, and it had nothing to do with the dance floor...