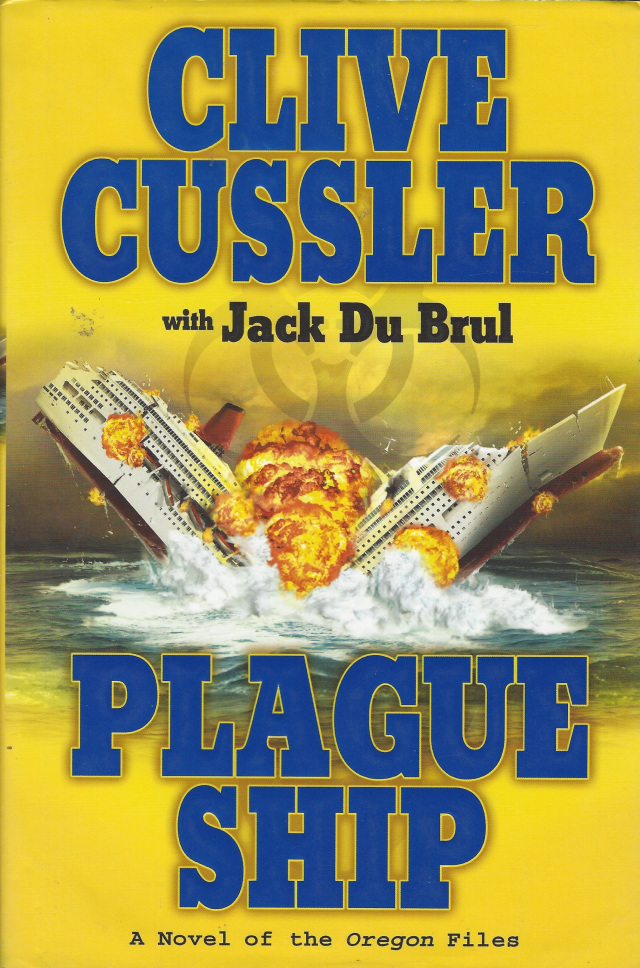 PLAGUE SHIP: A NOVEL OF THE OREGON FILES by Clive Cussler with Jack Du Brul

Plague Ship: A Novel of the Oregon Files by Clive Cussler with Jack Du Brul

Four four novels, Clive Cussler has charted the exploits of the Oregon, a covert ship completely dilapidated on the outside but on the inside packed with sophisticated weaponry and intelligence-gathering equipment. Captained by the rakish, one-legged Juan Cabrillo and manned by a crew of former military and spy personnel, it is a private enterprise, available for any government agency that can afford it -- and now Cussler sends the Oregon on its most extraordinary mission yet.

The crew has just completed a top secret mission against Iran in the Persian Gulf when they come across a cruise ship adrift at sea. Hundreds of bodies litter its deck, and, as Cabrillo tries to determine what happened, explosions rack the length of the ship. Barely able to escape with his own life and that of the liner's sole survivor, Cabrillo finds himself plunged into a mystery as intricate -- and as perilous -- as any he has ever known and pitted against a cult with monstrously lethal plans for the human race.... plans he may already be too late to stop.