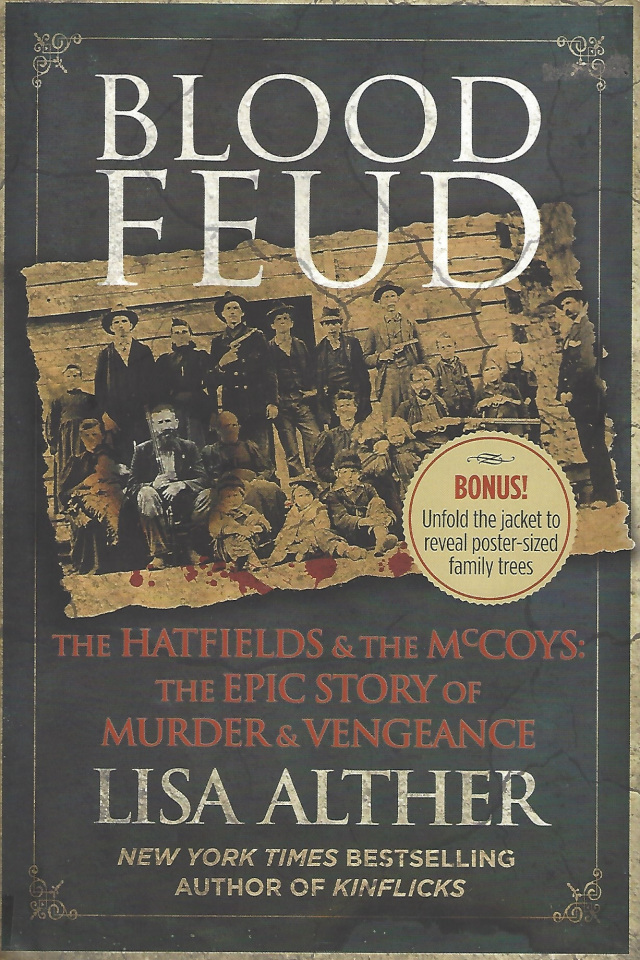 BLOOD FEUD -- THE HATFIELDS & THE MCCOYS: THE EPIC STORY OF MURDER & VENGEANCE by Lisa Alther

Blood Feud: The Hatfields & The McCoys: The Epic Story of Murder & Vengeance by Lisa Alther

America's most notorious family feud began in 1865 with the murder of a Union McCoy soldier by a Confederate relative of "Devil Anse" Hatfield. More than a decade later, Ranel McCoy accused a Hatfield of stealing one of his hogs, triggering years of violence and retribution, including a Romeo-and-Juliet interlude that eventually led to the death of one of McCoy's daughters. In a drunken brawl, three of McCoy's sons killed Devil Anse Hatfield's younger brother. Exacting vigilante revenge, a group of Hatfields tied them up and shot them dead. McCoy posses hijacked part of the Hatfield firing squad across state lines to stand trial, while those still free burned down Ranel McCoy's cabin and shot two more of his children in a botched attempt to supress the posses. Legal wrangling ensued until the U.S. Supreme Court ruled that Kentucky could try the captured West Virginian Hatfields. Seven went to prison, and one, mentally disabled, yelled, "The Hatfields made me do it!" as he was hanged in the Bluegrass State's last public execution. But the feud didn't end there. Its legend continues to have an enormous impact on the popular imagination and to exact an onerous toll on the region itself.

With a charming voice, a wonderfully dry sense of humor, and an abiding gift for spinning a yarn, best-selling author Lisa Alther makes an impartial, comprehensive, and compelling investigation of what actually happened, masterfully setting the feud in its historical and cultural contexts, digging deep into the many causes and explanations of the fighting, and revealing surprising alliances and entanglements. Here is a fascinating new look at the infamous Hatfield-McCoy feud.